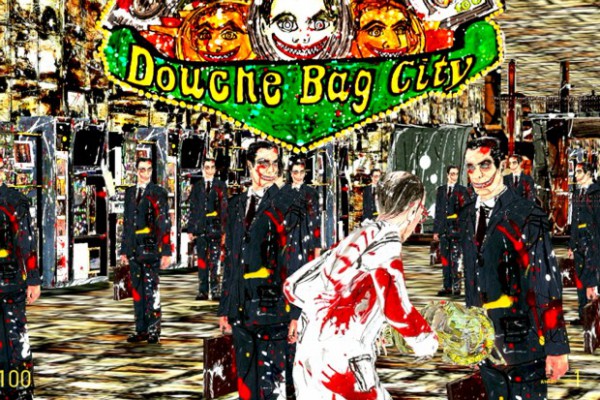 Wall Street’s secret society (Kappa Beta Phi) is a little less of a secret after a writer namedKevin Roose sneaked into the fraternity’s recent induction ceremony and wrote about it inNew York Magazine During the ceremony new members dressed in drag and made “bad jokes about Hillary Clinton, drunkenly mocked Main Street (the “99%”), and laughed at the financial crisis.” The fact that these authoritarian figures of Wall Street had the audacity to laugh at a crisis (caused by corruption on Wall Street) that resulted in housing foreclosures, ruined retirement plans, and a devastating unemployment crisis for millions illustrates their complete divorce from reality. These individuals have become devoid of ethical responsibility and social awareness.

Roose crashed the party as research for his book called Young Money. In the book Roose investigated the lives of young Wall Street bankers “the 22-year-olds toiling at the bottom of the financial sector’s food chain.” He wanted to know how and why these run of the mill bottom feeders become so ravenous when they reach the top. Roose posed the question “what if Wall Street doesn’t just attract pre-existing douchebags, but actively draws normal people into an inescapable vortex of douchebaggery?”

For our Envision New York 2017 campaign Federico Solmi submitted a video called Douche Bag City. In Solmi’s work he describes his protagonist Dick Richman as “a greedy, dishonest, and selfish Wall Street employee who has been banished to live in Douche Bag City. The City is a hopeless place, where the greedy villains of society are imprisoned for their atrocities committed against the community. There is neither hope nor escape from Douche Bag City; there are no exits and there is no chance for salvation, only punishment and torture. Here prisoners are defenseless against the increasingly barbaric creatures and demons. Money, stocks, and wealth are meaningless.” Solmi’s work is a “satire of the capitalist world that is being drowned in the economic crisis.” Solmi asks the question “How many Dick Richman’s are still out there?” That question might have gained a little more insight in light of Kevin Roose’s expose of Kappa Beta Phi.