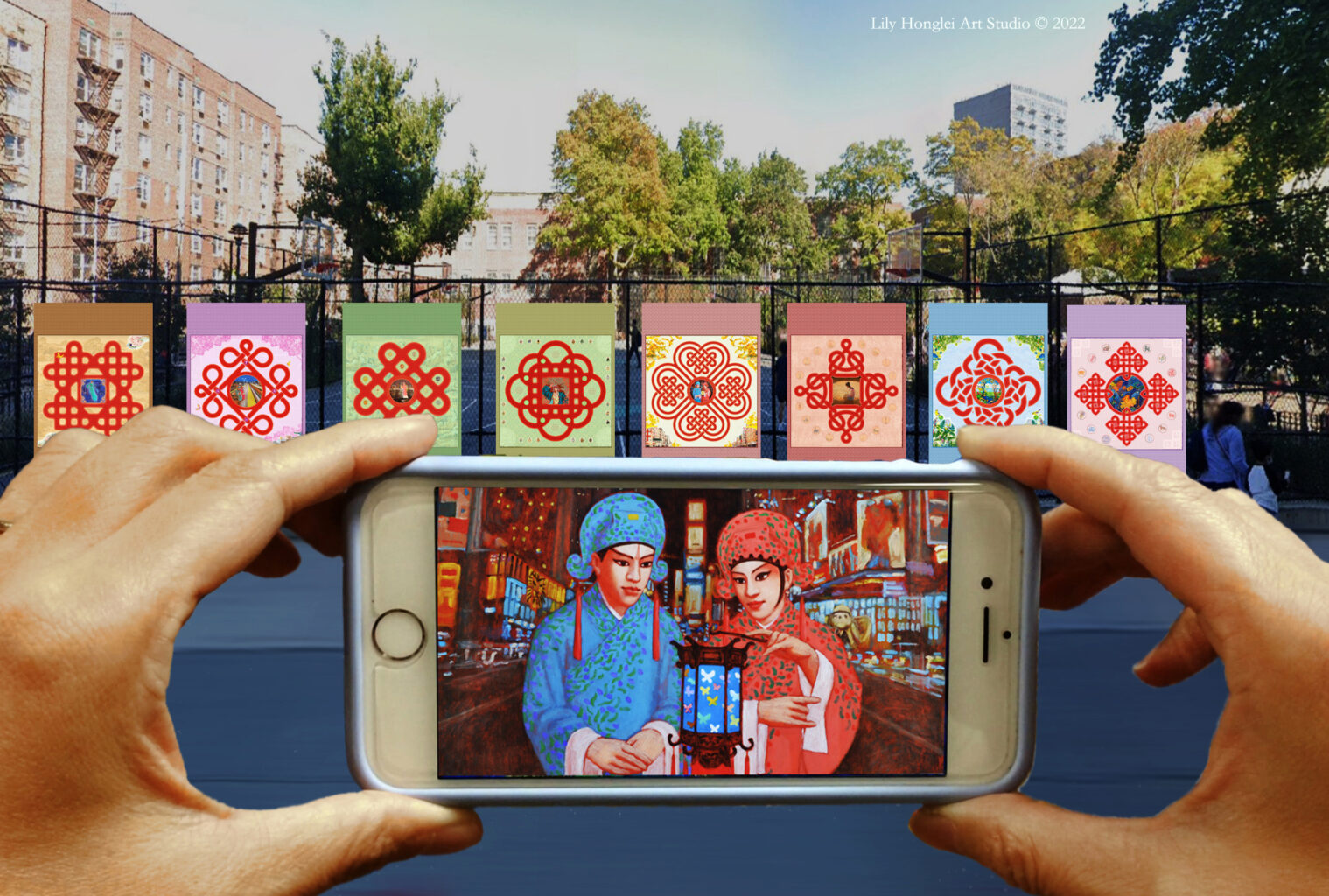 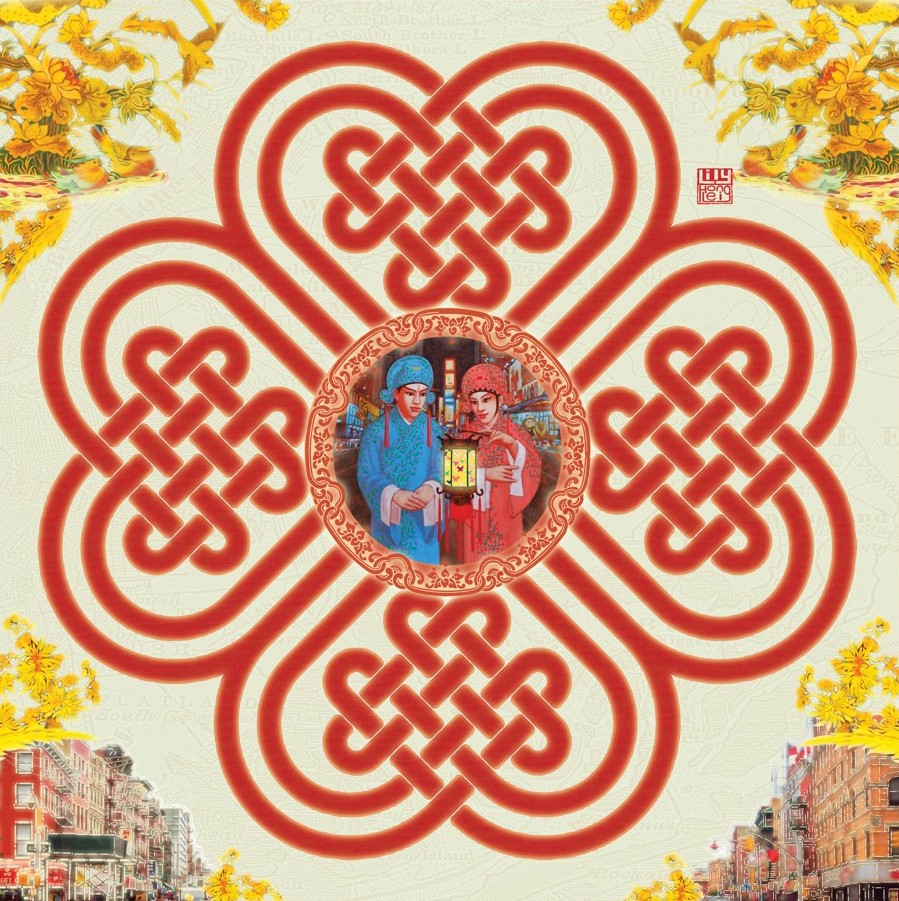 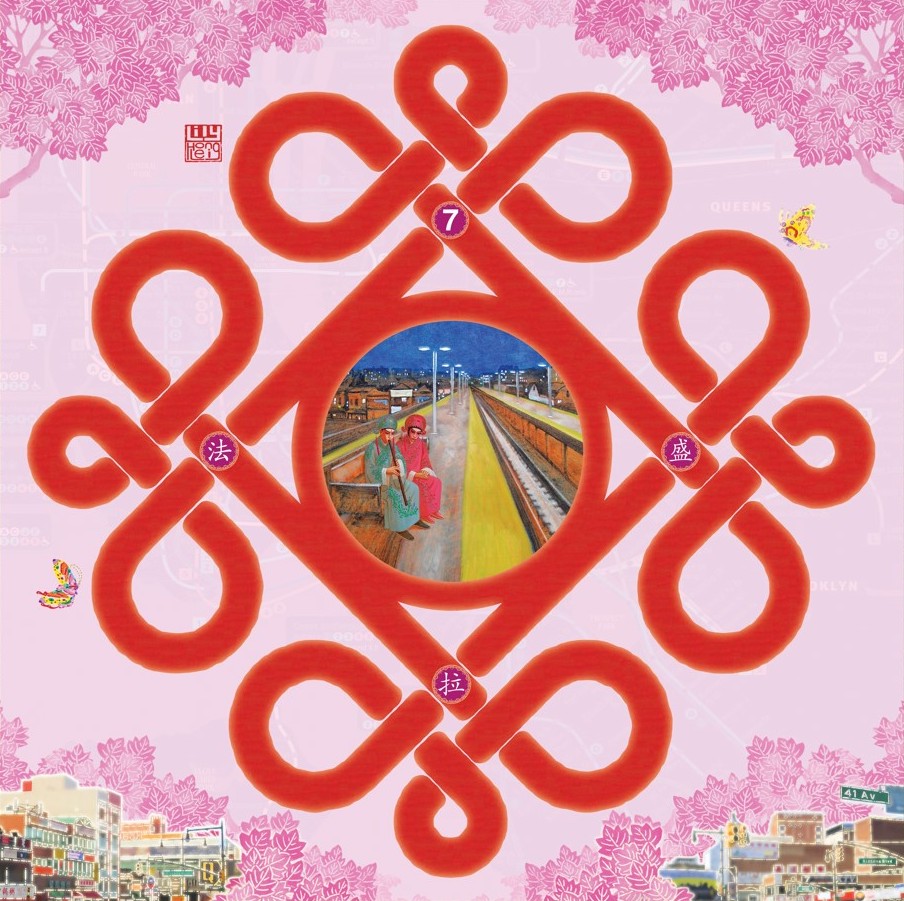 The Red String is an augmented reality (AR) art installation designed for multiple public parks in Asian American neighborhoods. The installation consists of both physical and digital components reflecting on immigrant experiences, East Asian cultural heritage, and Asian American identity. The artwork includes a series of large banners with distinct designs inspired by patterns of Asian red strings, also called Asian knots, a type of folk art symbolizing unity & love. The banners will be installed along the fences at both parks, in close proximity to the tables and benches where community members and visitors gather on a daily basis.

Since the Covid-19 pandemic began in 2020, the Asian American Pacific Islander (AAPI) community has fallen victim to elevated racial bias and violent physical attacks in New York City and nationwide. Living in isolation and fear, many Asian American immigrants have sought solace by congregating with peers in neighborhood public parks where they play cards, mahjong, or practice traditional music instruments together.

Designed for two popular public parks in predominantly Asian American neighborhoods, the goal of the public art project is to bring healing to the Asian American communities that have been hit particularly hard by the pandemic both economically and emotionally.

Located in New York’s two largest “Chinatowns”—settled by a variety of Asian diasporic residents—Bowne Playground and Columbus Park provide Asian immigrant residents with spaces to build bonds and find support for one another. The Red String project aims to promote intercultural dialogue and communications between these two Asian enclaves and broader American society, while bringing a contemporary artistic practice that often evades these underserved immigrant communities.

Each park installation consists of eight vinyl banners, measured at 72” (high) by 54” (wide), and an augmented reality experience that can be activated by visitors using their smartphones. Banners will be installed on the chain link fences in both parks. 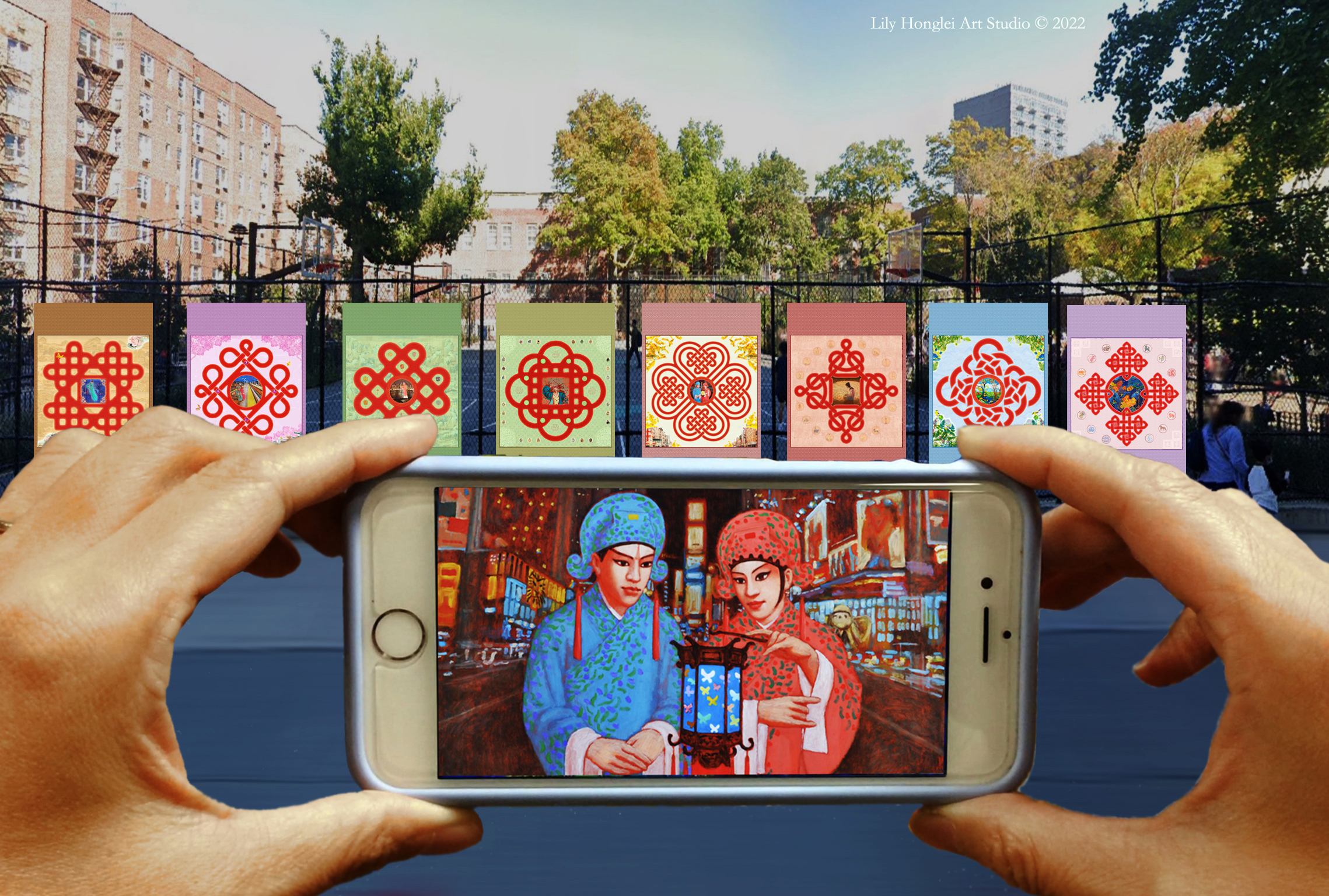 The Red String’s digital components include a mobile phone augmented reality (AR) app and short animations inspired by East Asian folktales and traditional opera performances. Scanning an AR code on the vinyl banners with their smartphone cameras, visitors in the parks can watch as the banners come to life through animation paired with traditional Chinese music soundtracks. The AR viewing experience is designed to be highly intuitive and family friendly, and it can be easily recorded and shared with others through the viewer’s mobile device.

The Red String is commissioned by More Art through the Engaging Artists Residency program. The nine-month Residency provides an opportunity for NYC-based early career and underrepresented artists to gain a deeper understanding of the history of the field of public art and is focused on the incubation and commissioning of a public art project. The Residency carries an $8000 award to realize the project.