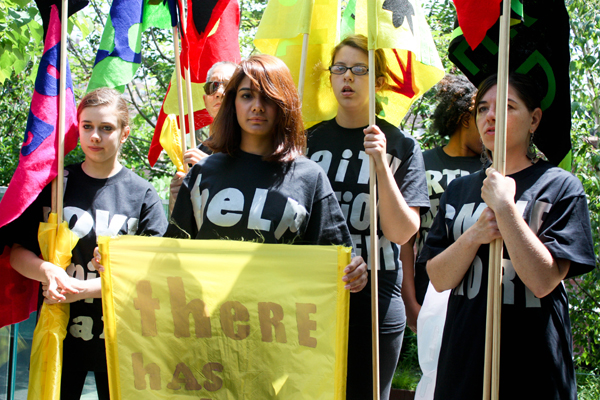 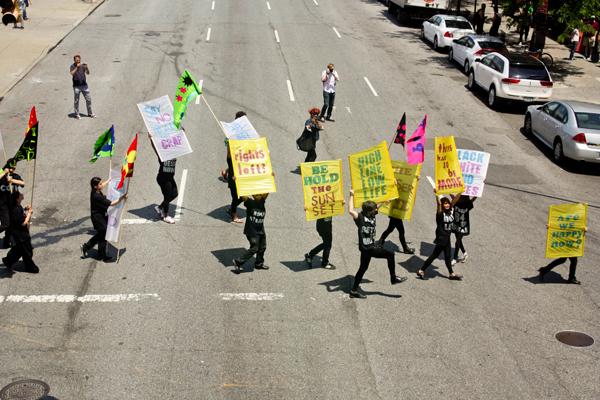 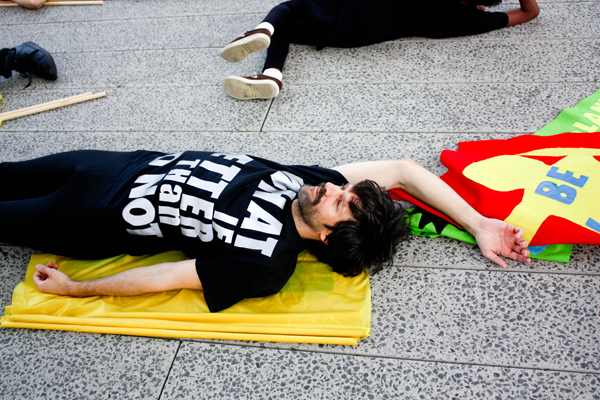 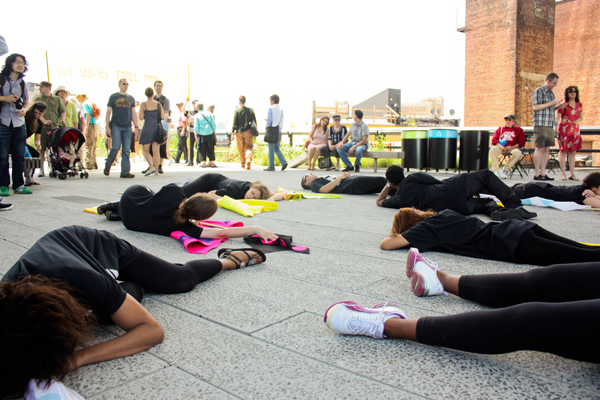 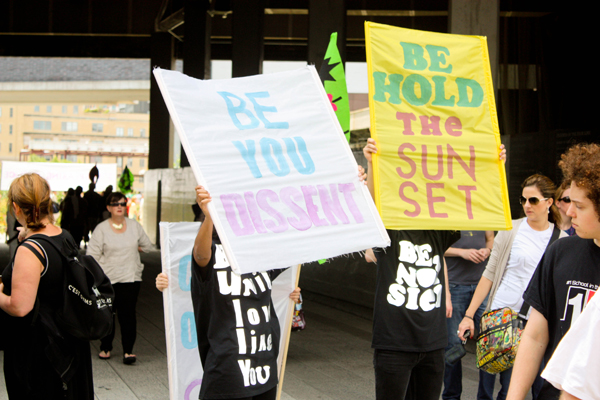 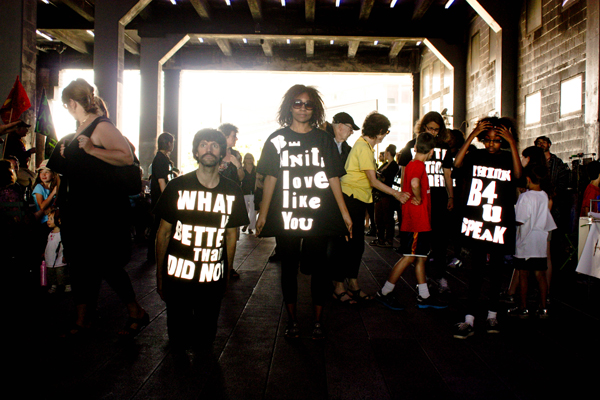 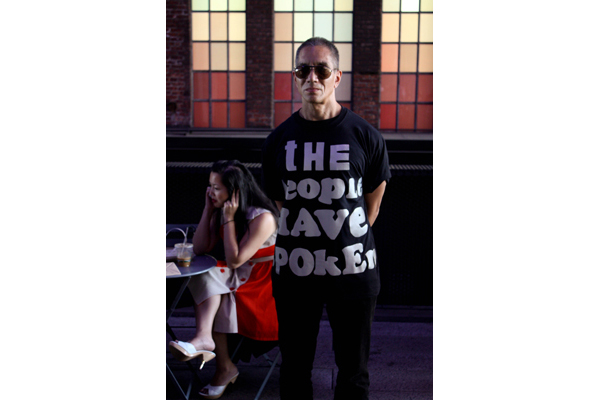 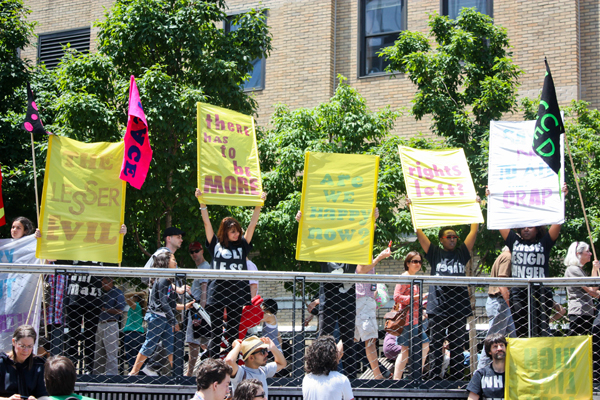 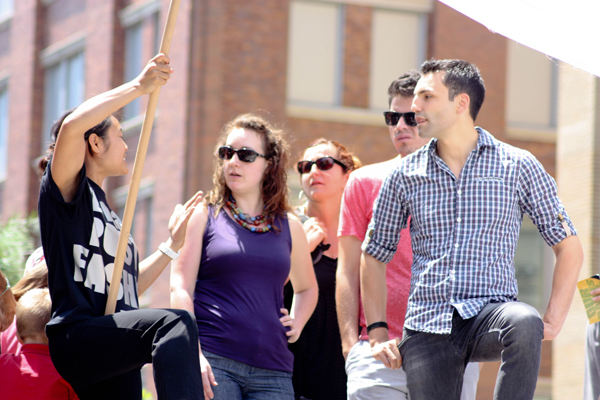 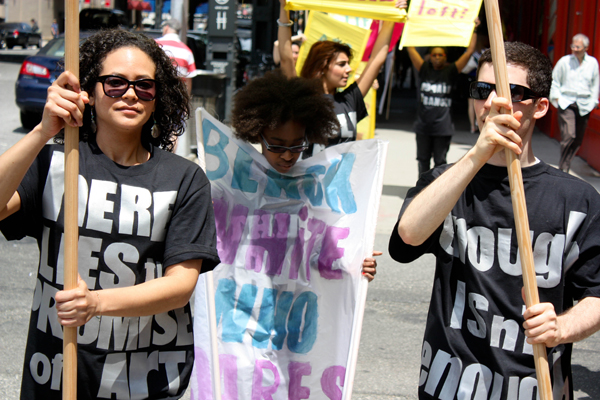 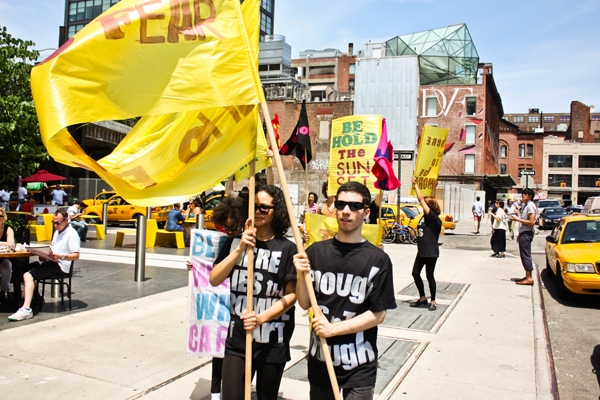 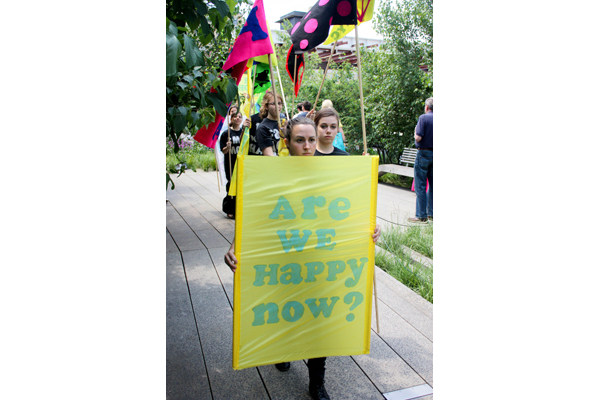 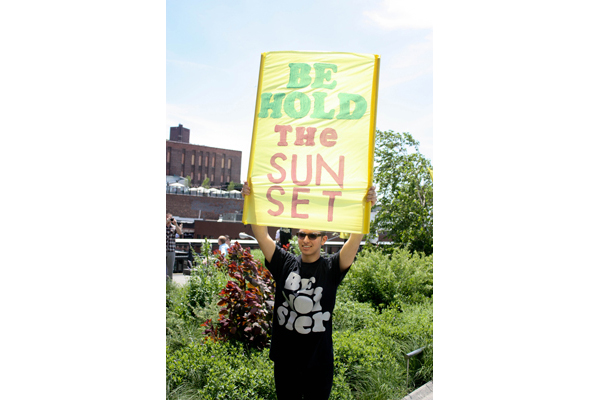 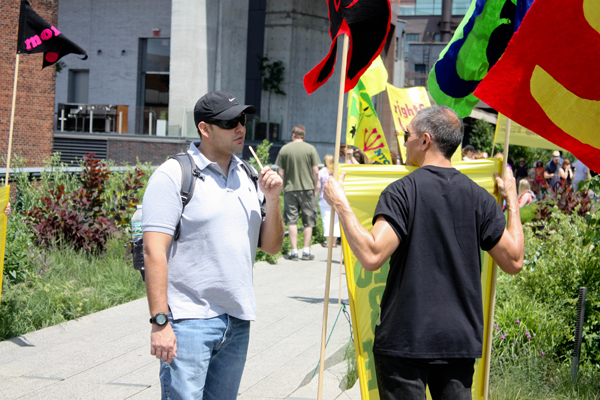 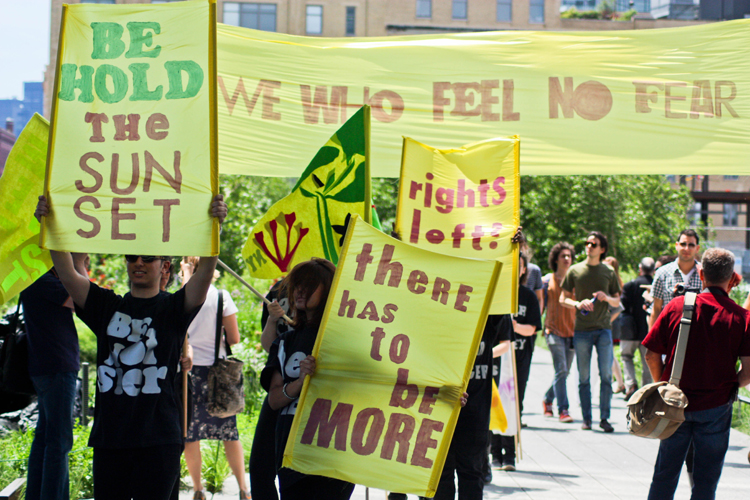 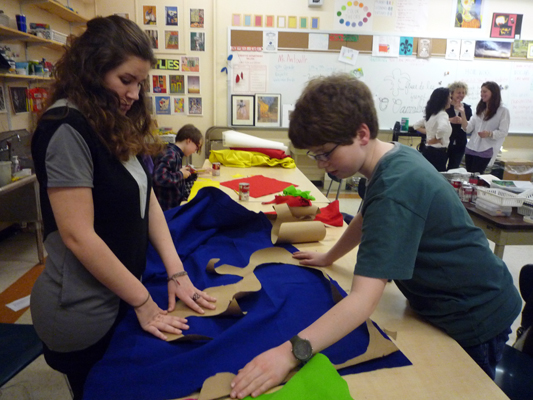 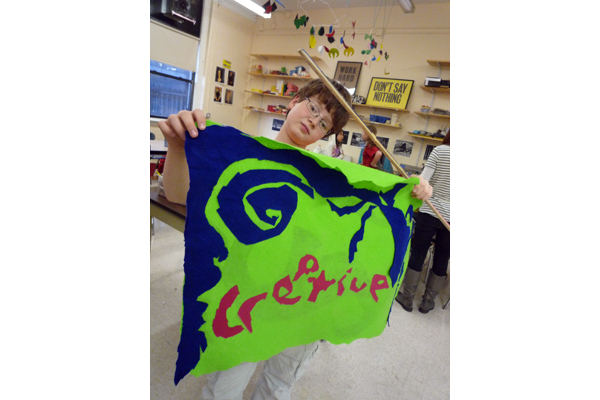 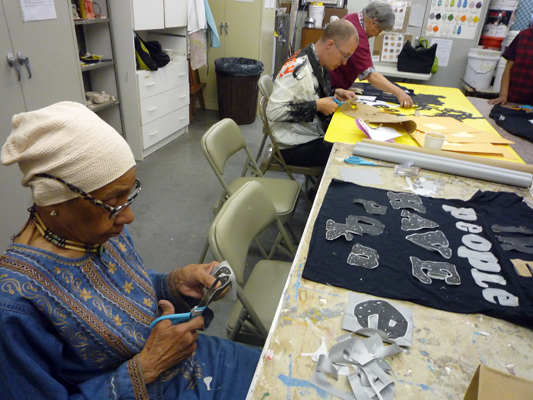 Sunspotting a Walking Forest was a community-based project led by Jenny Marketou, in collaboration with Otto von Busch (cultural theorist) and Wanda Gala (choreographer) with the participation of students from Parsons School of Design, Clinton Middle School and seniors from the Fulton Houses in New York City. It was a collaborative, interdisciplinary project meant to forge a relationship between fashion and language.

The project started with two parallel workshop series: a workshop of seniors and a workshop of middle school students. In each series, three artifacts were constructed over the course of six weeks: a flag, a shirt and a banner. These artifacts could be both worn and displayed, with the aim of activating communication through performance. All were were used in June 2012 as part of a choreographed performative action conceived for an urban space or public park, with multiple stops at selected locations. Each stop was marked by an action that meant to activate different modes of visibility and engagement.

Sunspotting a Walking Forest employed an exchange economy of textile design and networked action to explore themes of identity and free speech. The aim of the artist was to explore how the use of fashion and language in collectives can be powerful, performative tools of public engagement.

The performance concept was intended as a way of recreating an ecological balance among nature, people and the urban environment. Walking thus became a form of narration in space, which allowed for connections to be made between people and places.

Jenny Marketou and Otto von Busch have independently investigated the concepts of walking and fashion design as aesthetic tools. They have explored the idea of walking as research, ritual, performance, intervention, and political statement.

Jenny Marketou was born in Athens, Greece, and is currently based in Brooklyn, New York. She received her MFA from Pratt Institute. Her mixed-media practice encompasses forms as diverse as sculpture, installation, sound, fashion, and performance to transform spaces in order to reconfigure the viewer’s perspective of systems that structure lived experience. 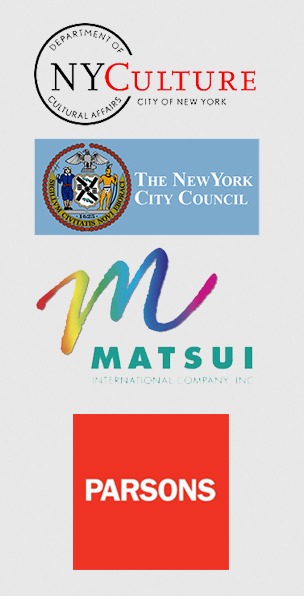