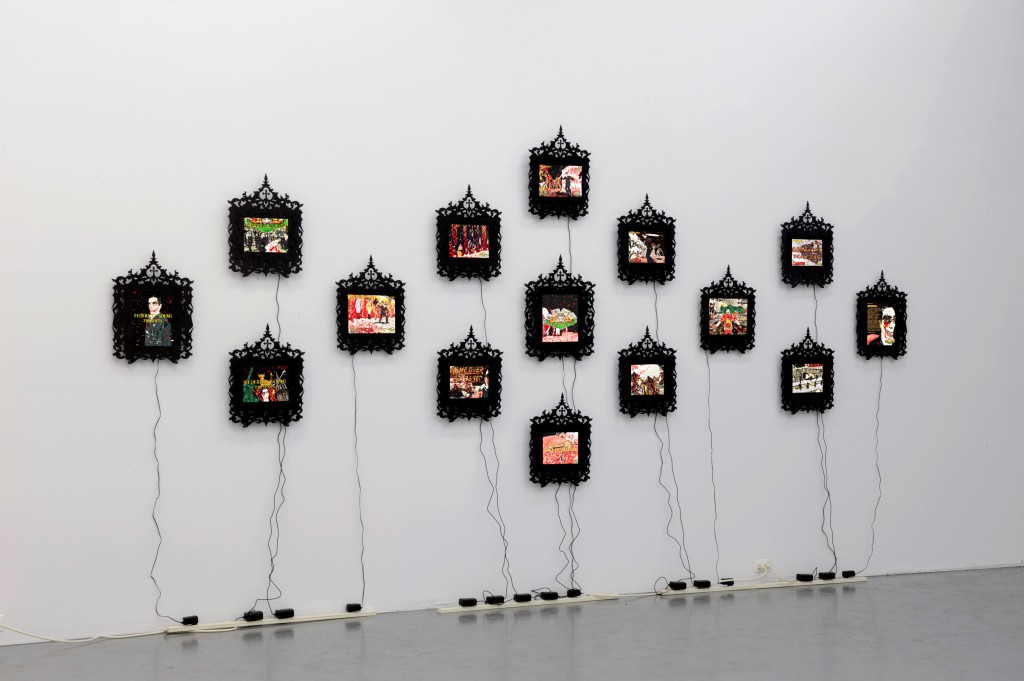 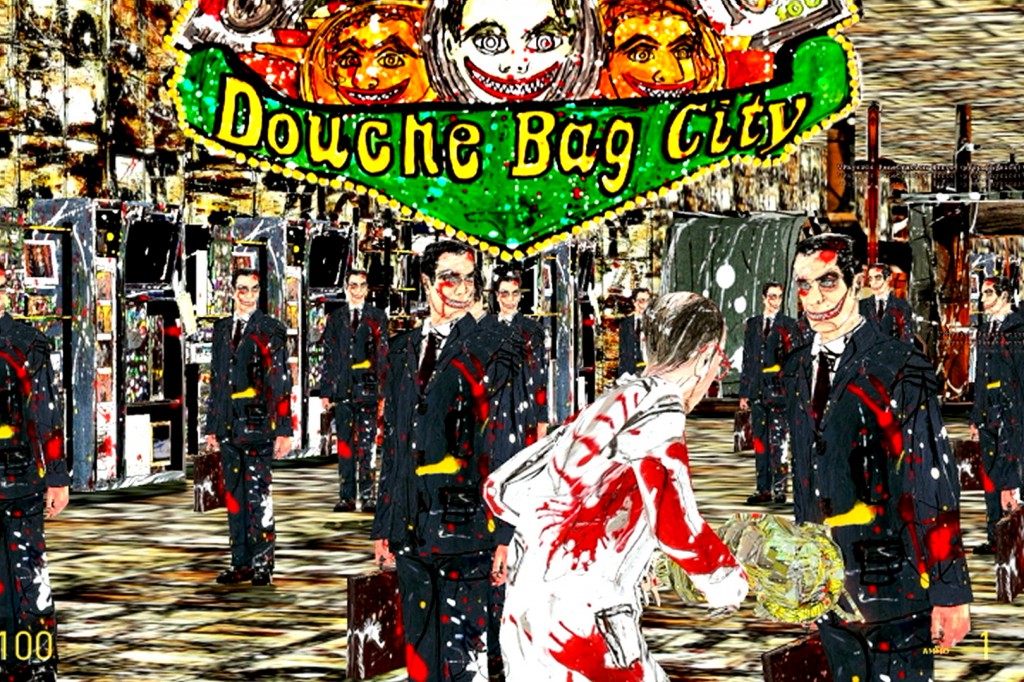 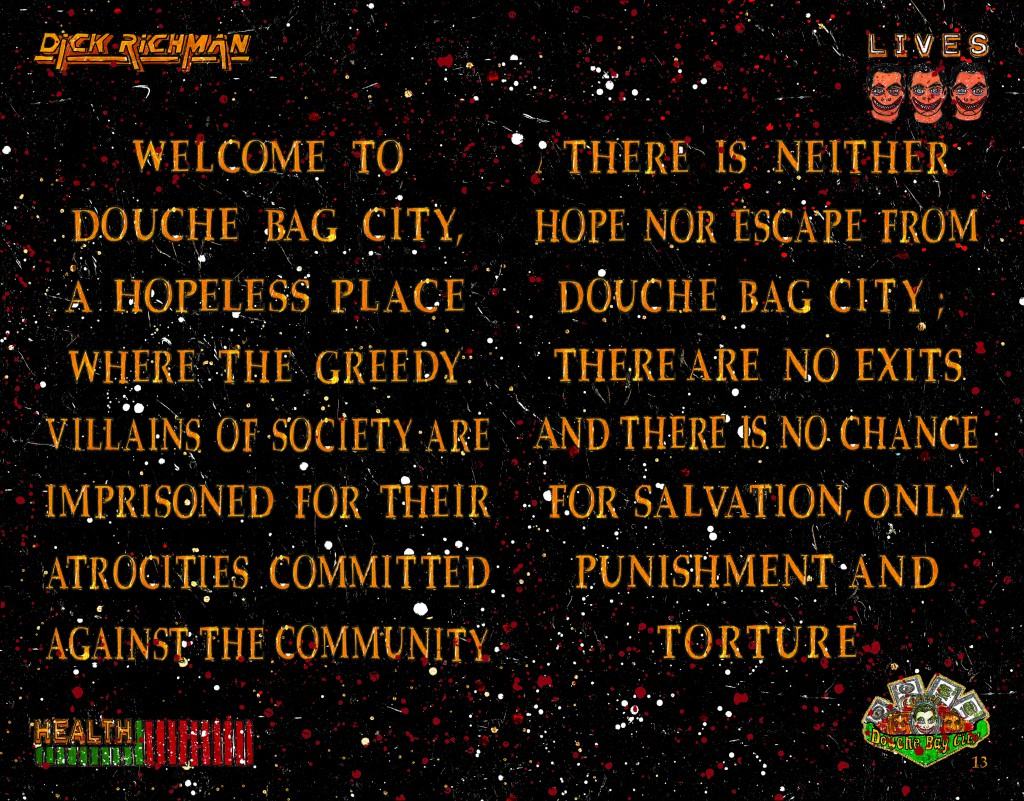 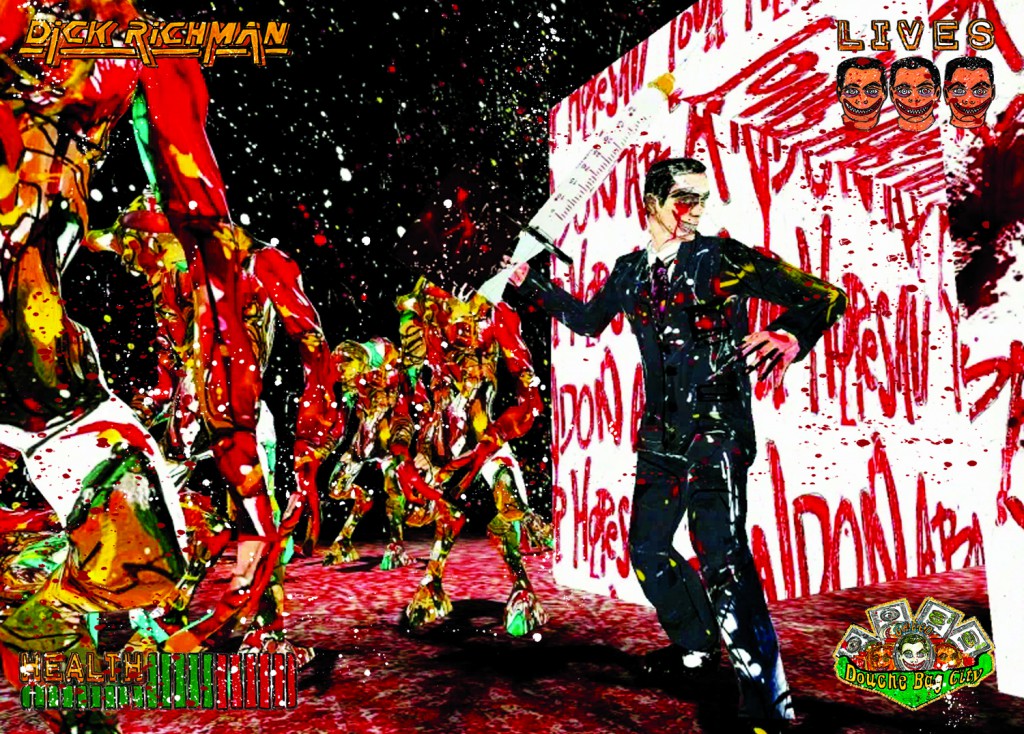 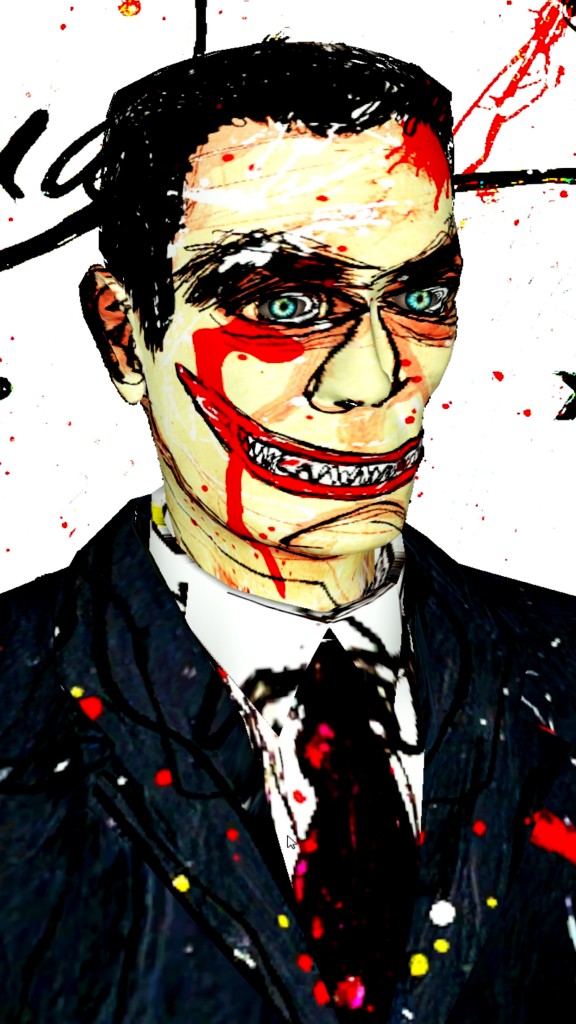 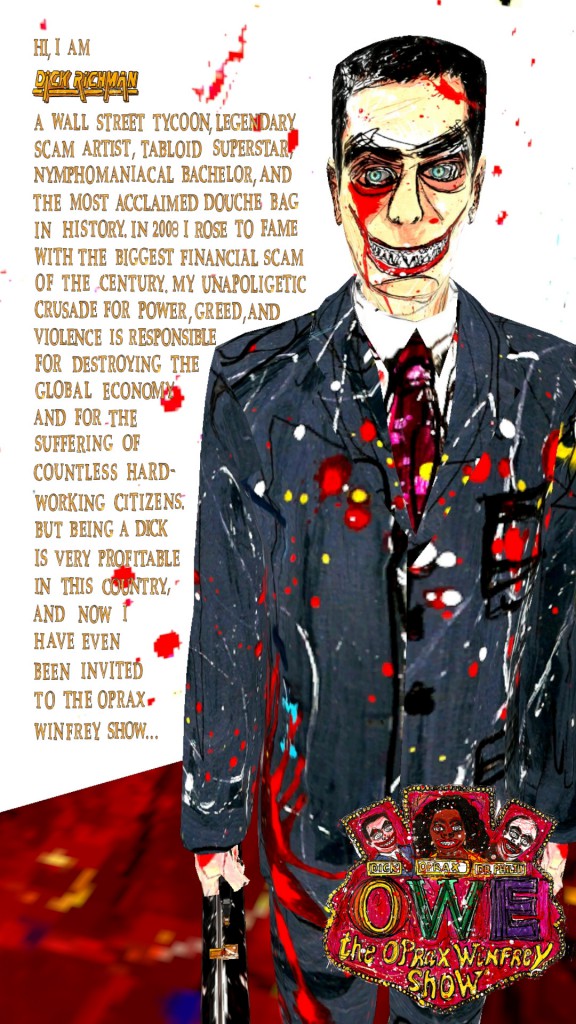 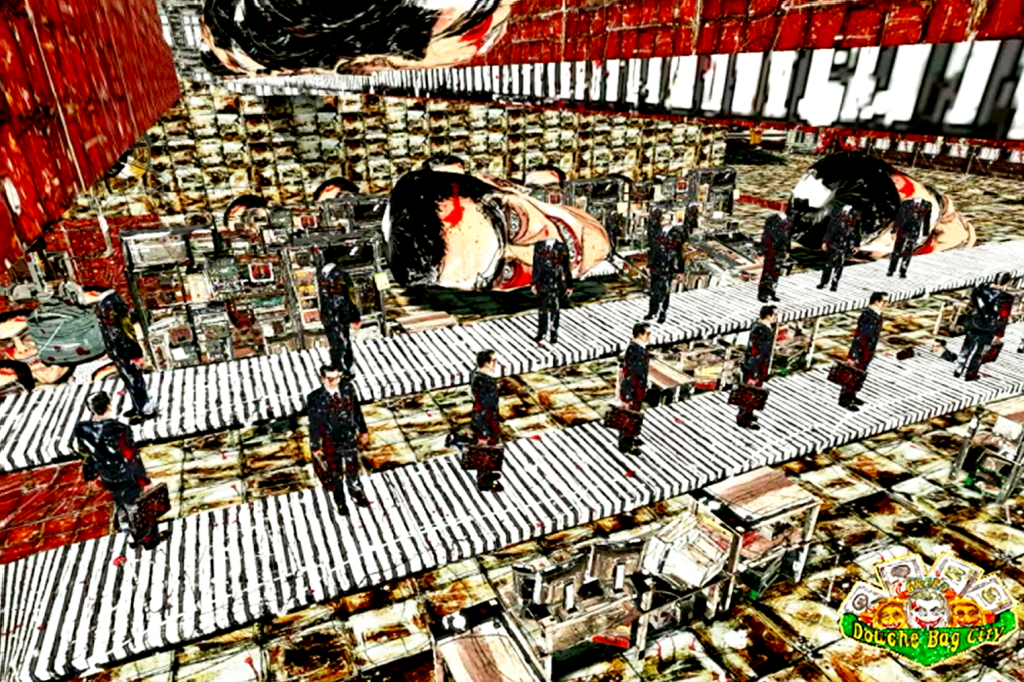 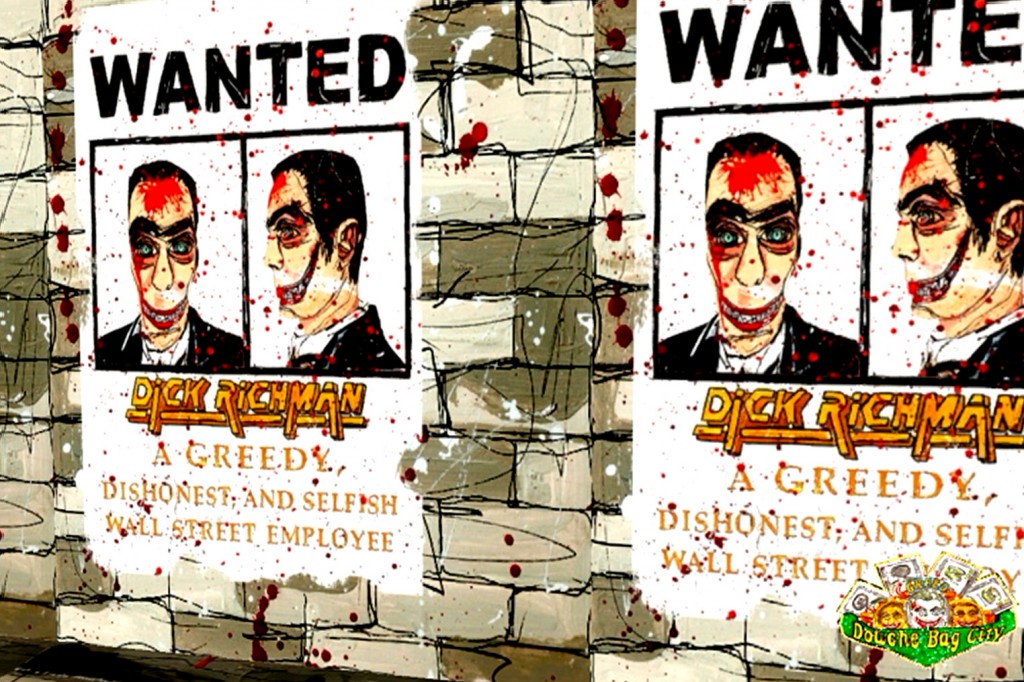 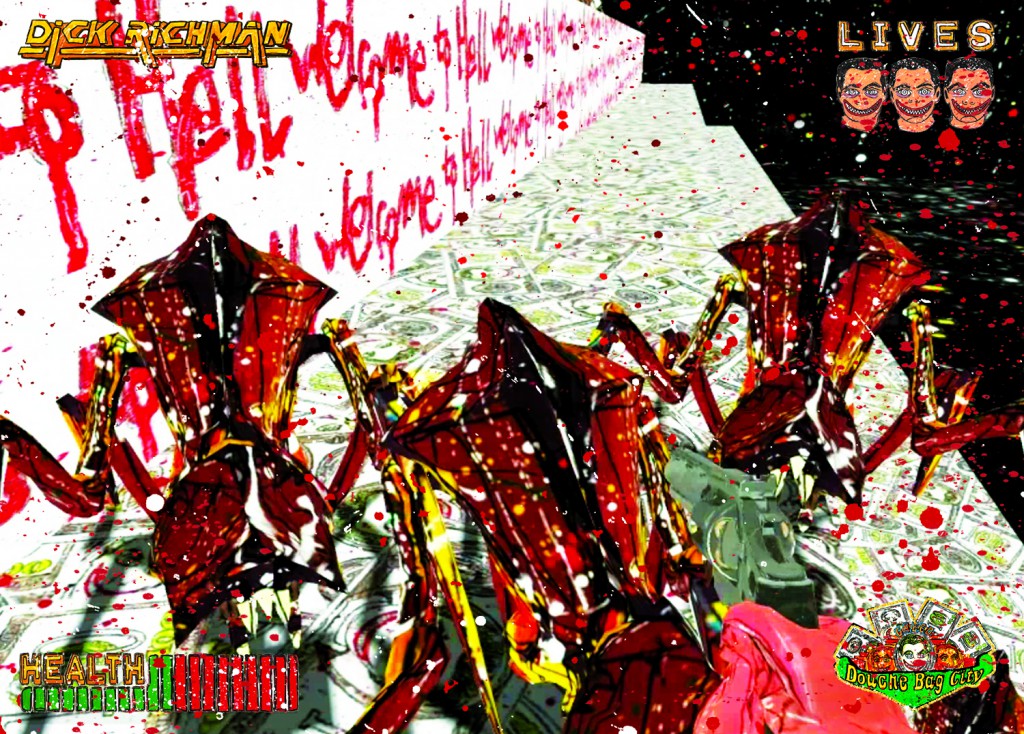 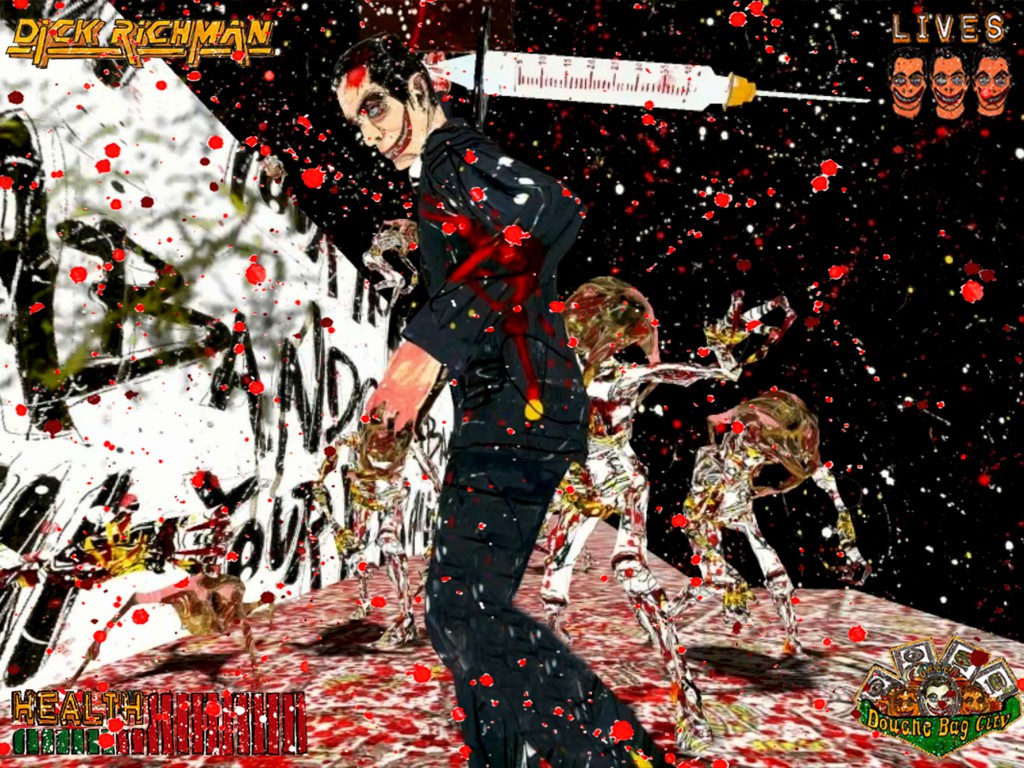 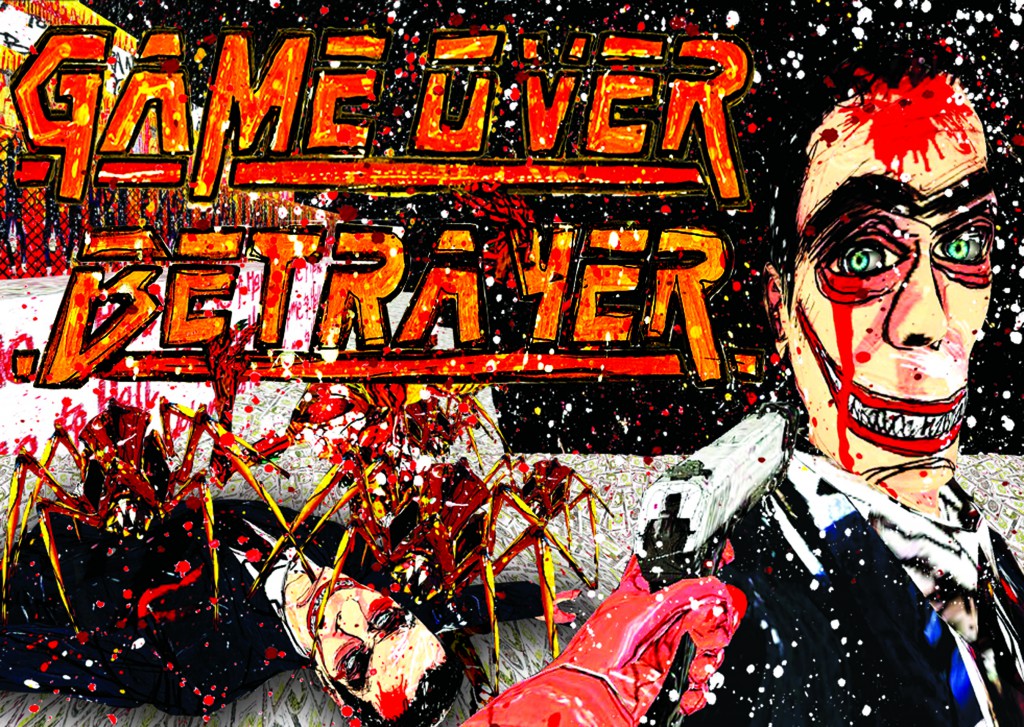 Dick Richman is a greedy, dishonest, and selfish Wall Street employee who has been banished to live in Douche Bag City. The City is a hopeless place, where the greedy villains of society are imprisoned for their atrocities committed against the community. There is neither hope nor escape from Douche Bag City; there are no exits and there is no chance for salvation, only punishment and torture. Here prisoners are defenseless against the increasingly barbaric creatures and demons. Money, stocks, and wealth are meaningless.

Douche Bag City is conceived as a satire of the capitalist world drowning in the economic crisis. The protagonist, Dick Richman has been confined to live in Douche Bag City, where he has the mission to survive the different chapters of a seemingly video-game adventure. In each mission he ends up being killed by a different plethora of malignant creatures including spiders, monsters and zombies.

How many Dick Richman’s are still out there?