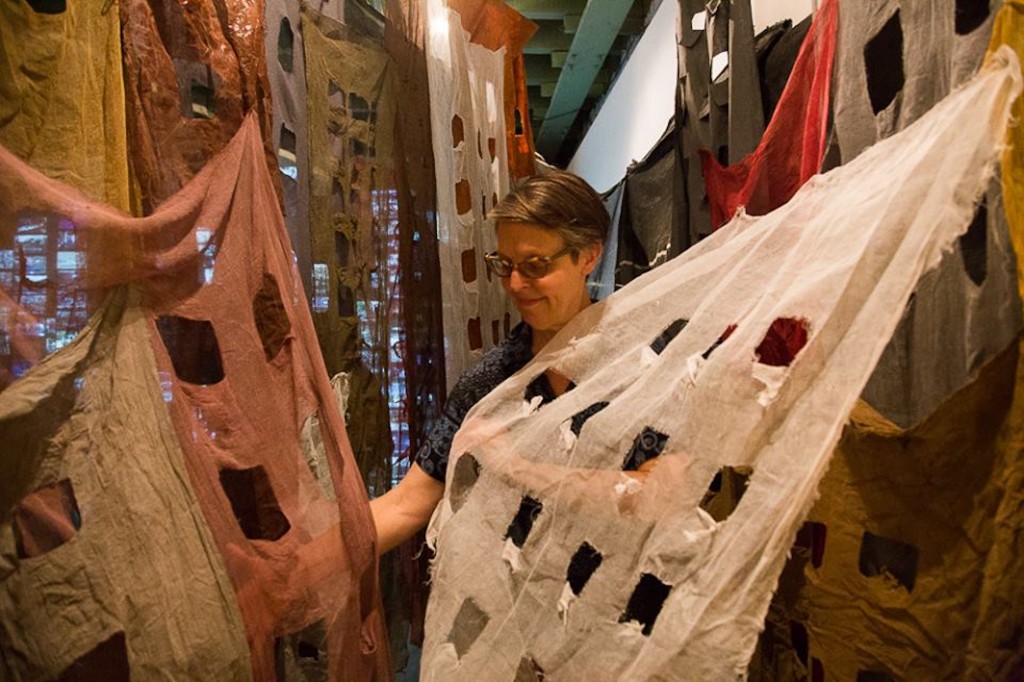 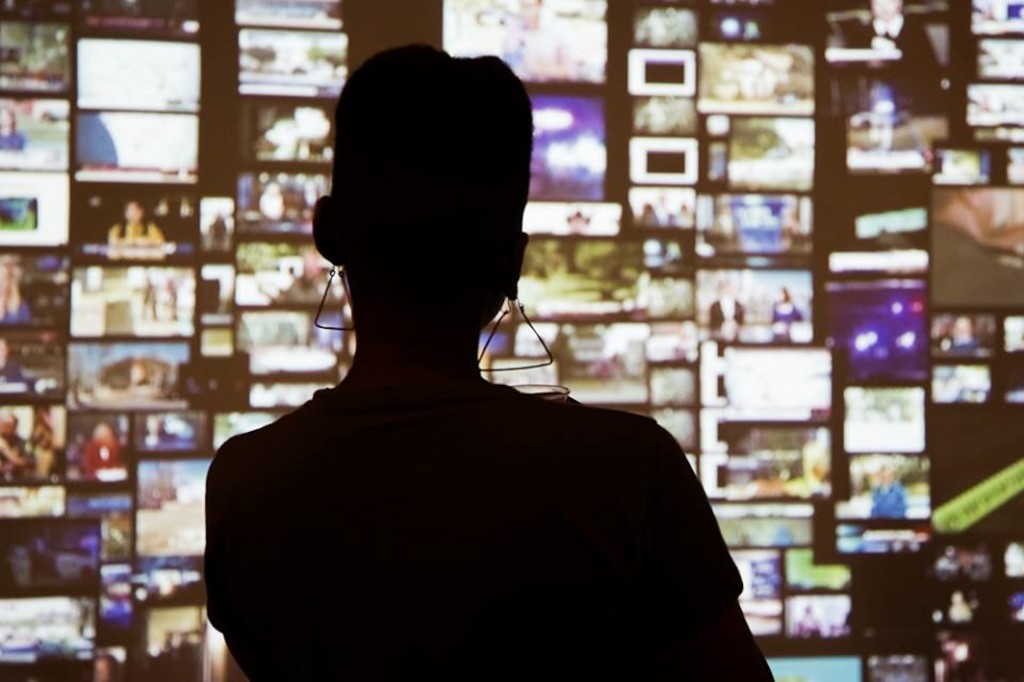 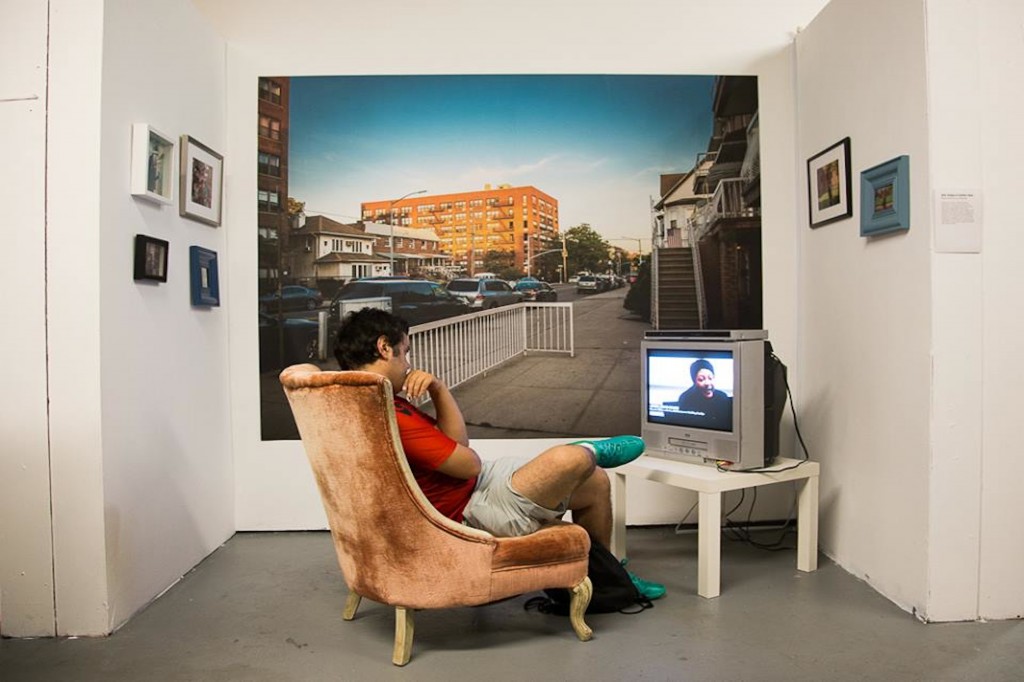 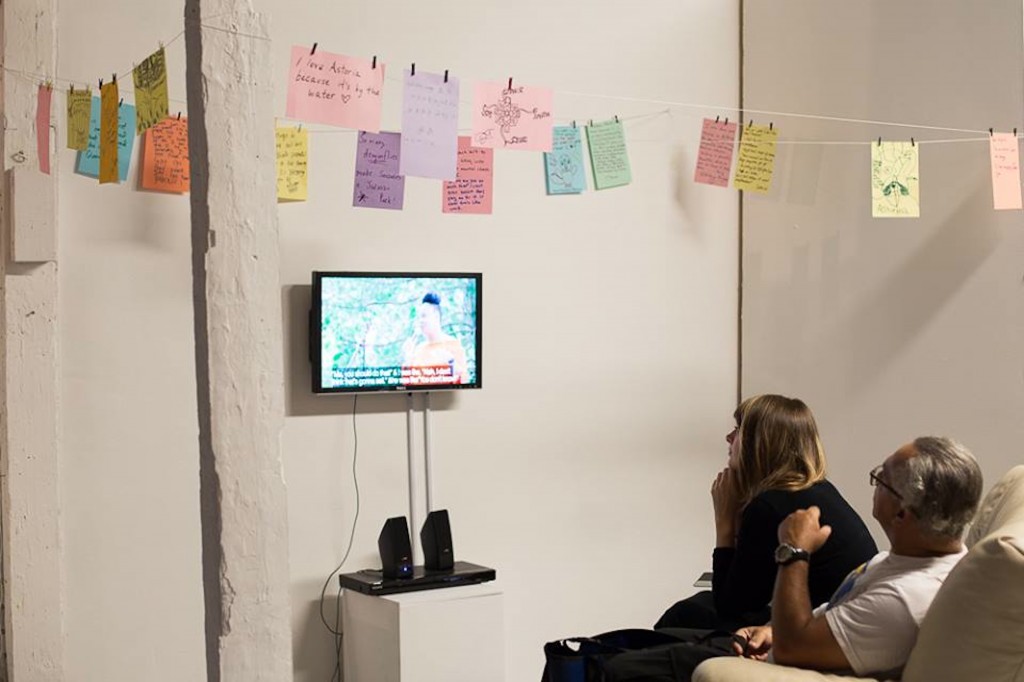 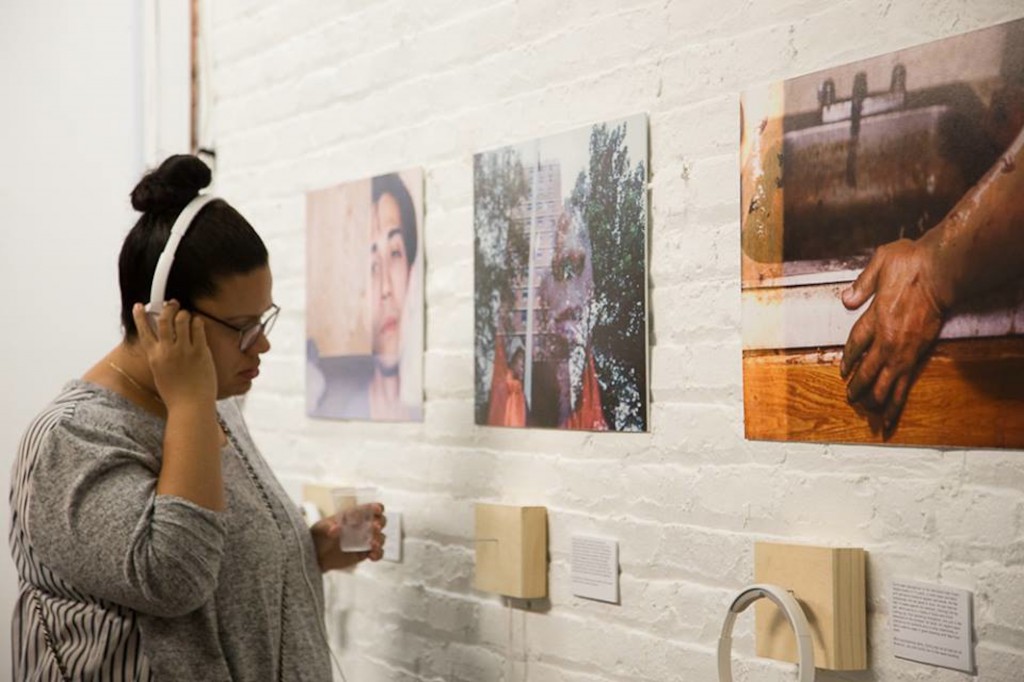 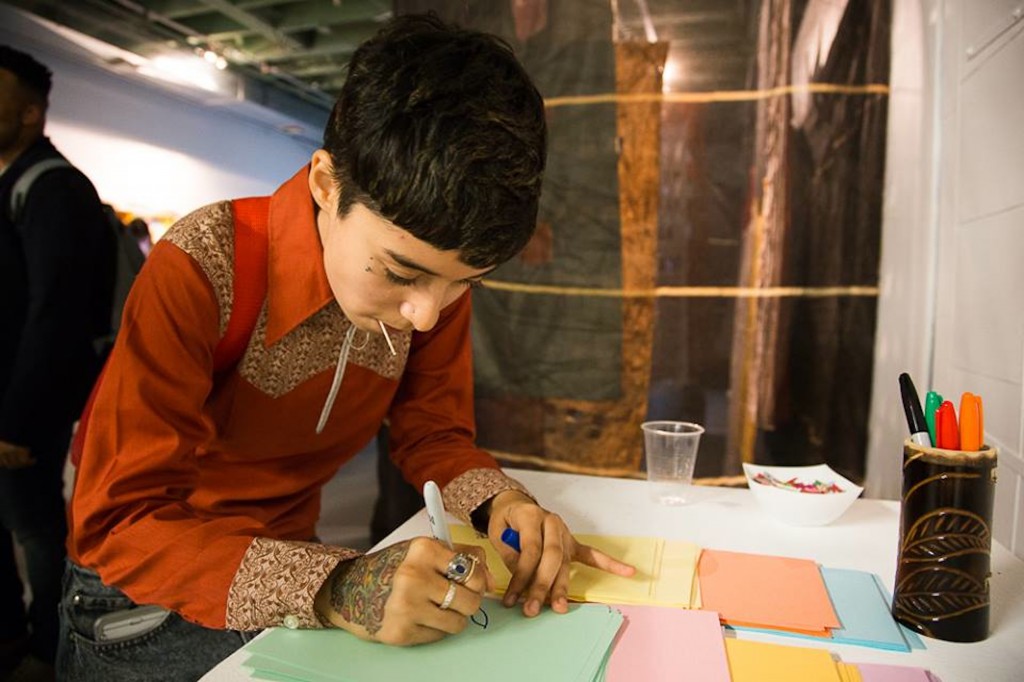 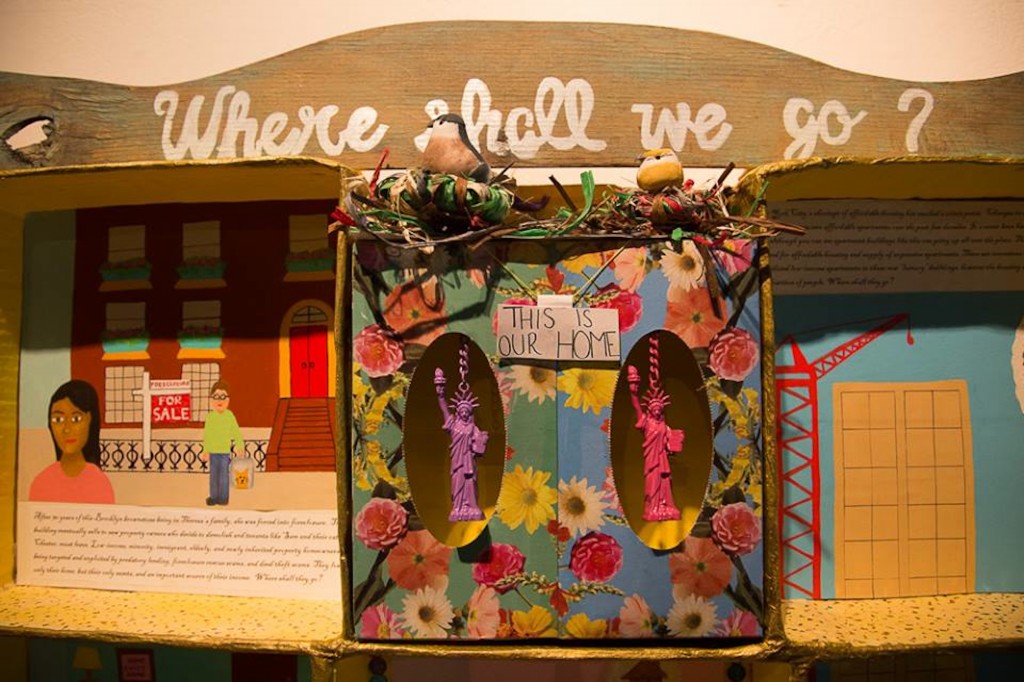 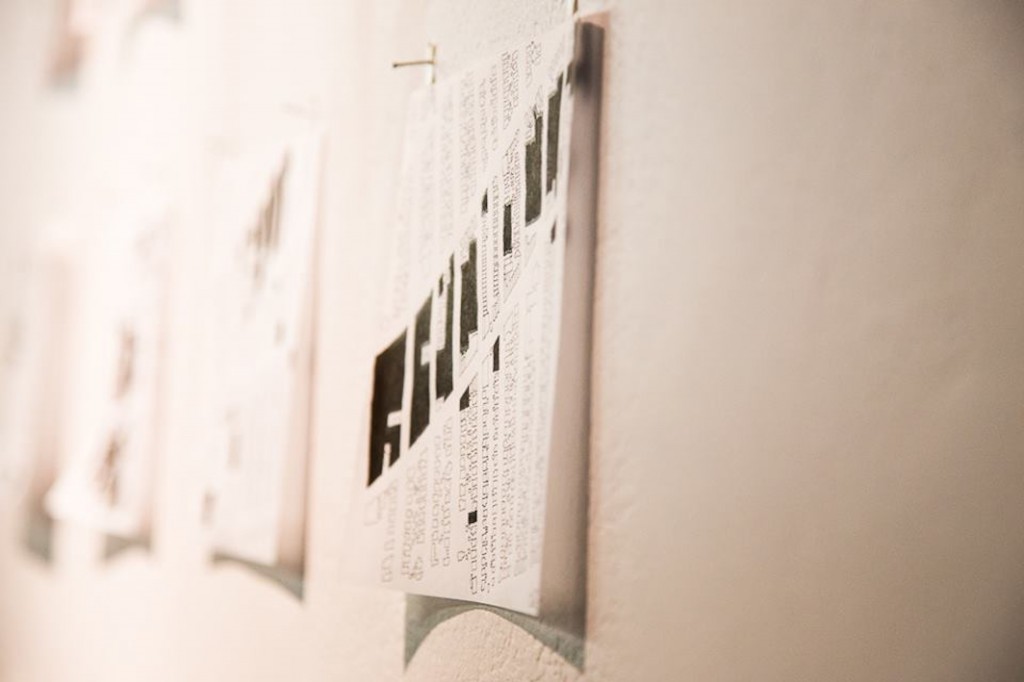 Focusing on issues of gentrification, police brutality, affordable housing, preservation, and tenant rights, each Engaging Artists Fellow partners with community organizations throughout New York City, including: Chinatown Tenants Union, Movement for Justice en El Barrio, New York Cares, FUREE, Eviction Intervention Services, and Queens Neighborhoods United, among others. In order to forge meaningful exchanges between all participants, the exhibiting artists collaborate with each other and with the organizations while placing primacy on the needs of advocacy coalition and their constituents. The show brings to life the processes engaged by the collaborative teams, whether through documentary, art therapy, social practice, or storytelling.

Each project takes a critical approach to the way neighborhoods shape the lives of their inhabitants, how inhabitants shape the environments they call home and envision ways to contest space-based structural inequality and displacement. The projects in Building Stories take form as sculpture, installation, video, story circles, and photography. The exhibition as a whole envisions the city as a living ecology of generative feedback loops between infrastructure, power structures, individuals, and communities.

Bridget Bartolini is a socially engaged artist and educator who uses story-sharing to strengthen community connections. Bridget launched the Five Boro Story Project in 2013 to produce community storytelling events that bring New Yorkers together through sharing true stories and art inspired by our neighborhoods. In “LIC and Astoria Love Letter”, viewers are invited to listen to stories from previous events, and add to a growing collection of “love letters” written for Long Island City and Astoria.

Dani DeLade is a Licensed Creative Art Therapist. “Where Shall We Go” is an ex-voto informed by DeLade’s experiences working with domestic violence survivors living in an emergency shelter while searching for affordable housing.

Alexander Dwinell’s “Displaced (3xx)” is a video cityscape that simultaneously projects the news coverage of every person killed by police in their residence in the US so far this year. The installation makes clear that the legal system and those that enforce it serve to disrupt and destabilize community.

Jonathan Gardenhire is a photographer who has served as the Vice-President of the public housing development Smith House’s Resident Association Executive Board. Gardenhire is currently working on the “The Smith Houses Archive Project”, a photography series that explore the day-today lives of NYCHA Smith Houses residents in the Lower East Side. The project functions as an expanded portrait that reframes negative portrayals of public housing residents. “The Smith Houses Archive Project” incorporates images from the NYCHA archive at LaGuardia Community College in addition to images from the artists personal family collection. The text are excerpts from James Baldwin’s The Fire Next Time, from Miguel Pinero’s A Lower East Side Poem, from Jane Jacob’s The Death and Life of Great American Cities, and from a book (written in Spanish) about Puerto Rican heroes- opened to the page on Jose Celso Barbosa – the father of the Statehood for Puerto Rico movement, and the first Puerto Rican, and one of the first persons of African descent to earn a medical degree in the United States.

Aneeta Mitha’s “A Body, A Home” is a photography and audio series that represents the experiences of Brooklyn residents who are dealing with landlord abuse and the threat of displacement. Through visual compositing, the images elucidate how the loss of home, whether it is due to unsafe living conditions or being forced out unlawfully, occupies an often traumatic space within the body and mind of each neighbor.

Ilaria Ortensi’s work investigates how the construction and representation of space influence our contemporary imaginary. “The Two Cities” is a research and art project about housing, questioning how former ideals of inhabitation have been disappearing from contemporary cities. The precarity and loss of stabilized housing in the artists home neighborhood of Crown Heights, Brooklyn is represented through photography and hand-drawn maps.

Aldo Soligno and Cynthia Tobar’s “Beyond Bricks and Mortar: Stories of Community and Resilience” is a collaborative documentary video and photography project with the members of Silent Barn and the Hope Gardens Senior Center in Brooklyn. The project seeks to highlight the experiences of residents in public housing as they face the changes in their communities resulting from the conversion of diminishing affordable housing stock to market-rate condos.

Priscilla Stadler’s “Building the Movement: LIC [a.k.a. Beg, Borrow, or…]” is a site-specific installation of construction mesh from Long Island City.  The material eludes to architecture’s impermanence, its psychological and cultural ramifications, and the precarious experiences of individuals and communities in the profit-driven landscape of NYC’s development.

Opening Reception | Friday, October 6th
5:00PM-9:00PM | RSVP HERE
Also opening on October 6th is Self Storage, curated by Will Owen
Join tours of storage units leaving from the gallery every half hour 5-7pm