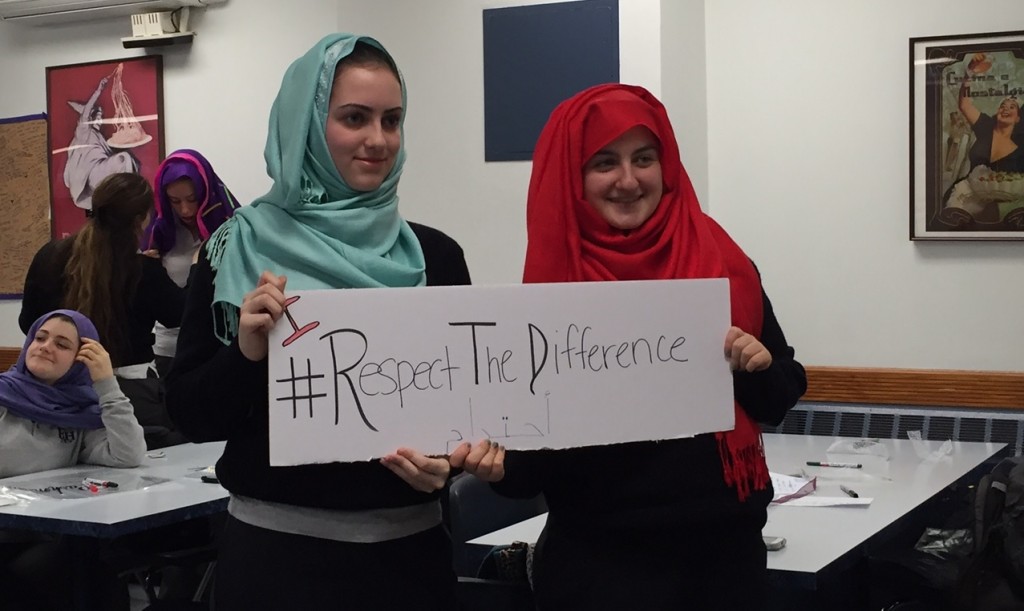 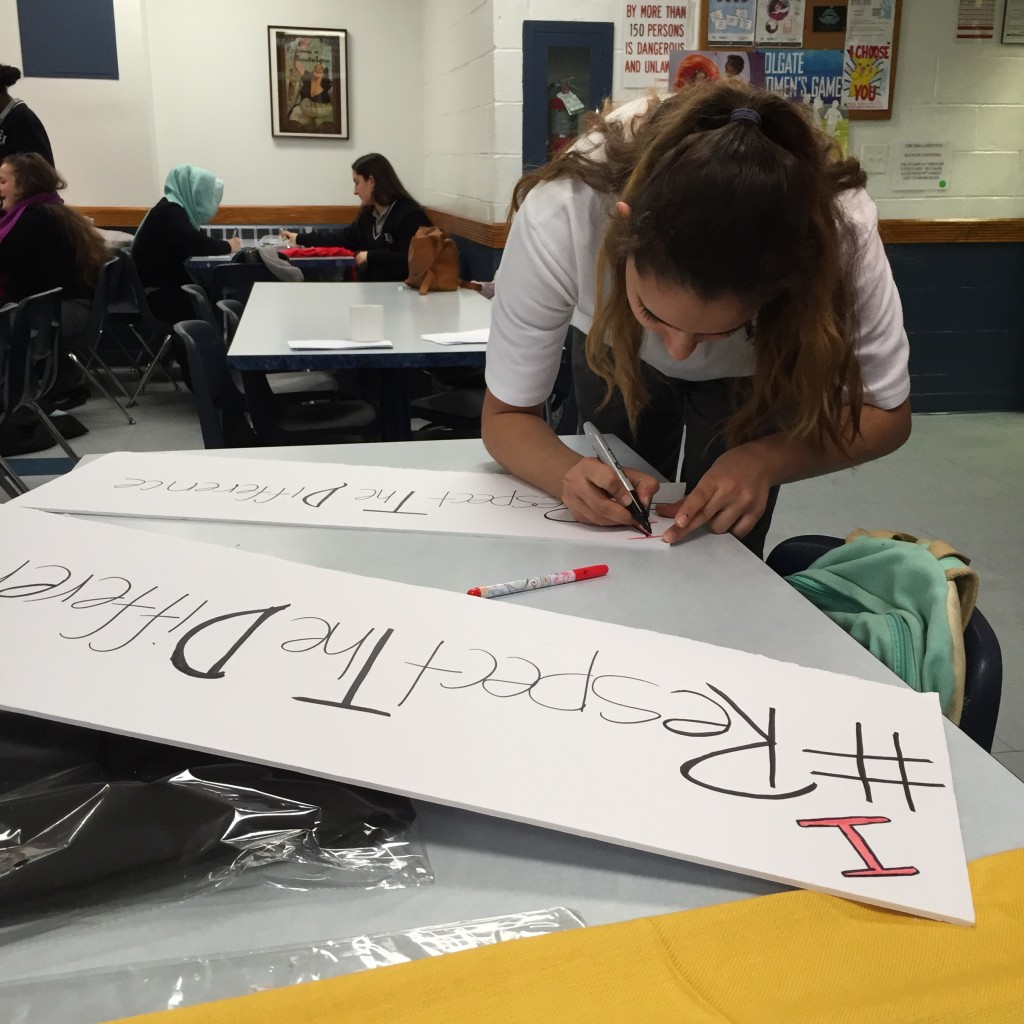 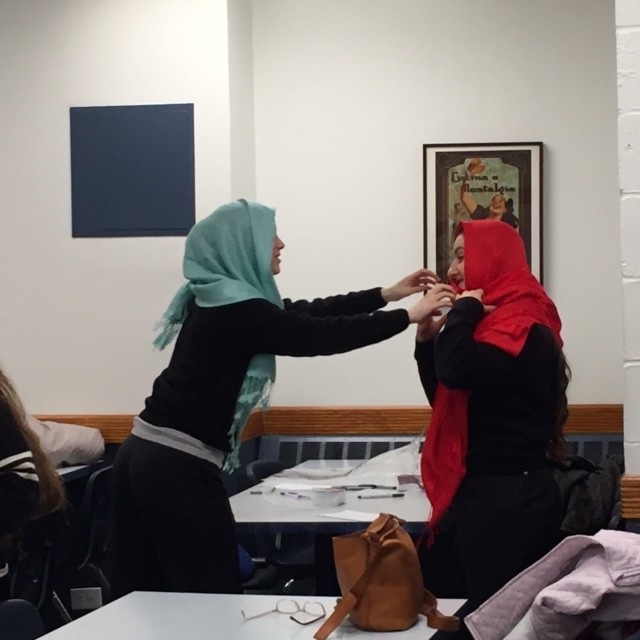 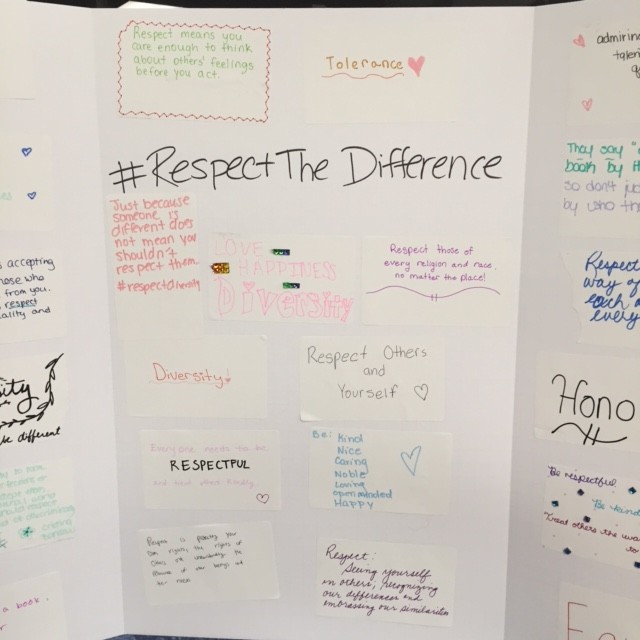 The goal of #RespectTheDifference is to inspire an open and inclusive dialogue about the Muslim religion. It aims to look past the negative labels that are often used in association with Muslims and view it as the very beautiful and thoughtful religion that it is.

#RespectTheDifference takes the form of a sticker that endeavors to change the way the audience perceives my religion by familiarizing the image of a girl in a hijab. This work of public art aims to help people understand the Muslim religion.

Rawan El-Choum was born in Damascus, Syria in 1999 and currently lives in Bay Ridge, Brooklyn where she attends Fontbonne Hall Academy. As a practicing Muslim, El-Choum’s work is interested in respect and tolerance especially in the increasingly racists climate of post 9/11 America currently reacting to ISIS and the Paris shooting. Her work seeks to communicate a respect for difference, especially towards women wearing the hijab.

El-Choum works in realistic drawing as well as watercolor and often incorporates non-traditional tools and materials.