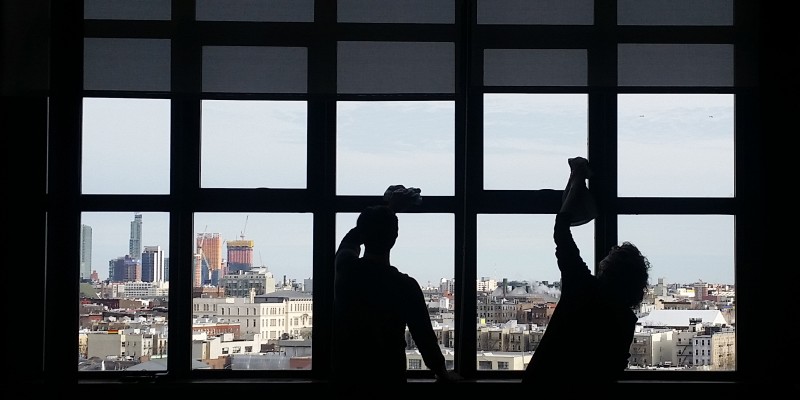 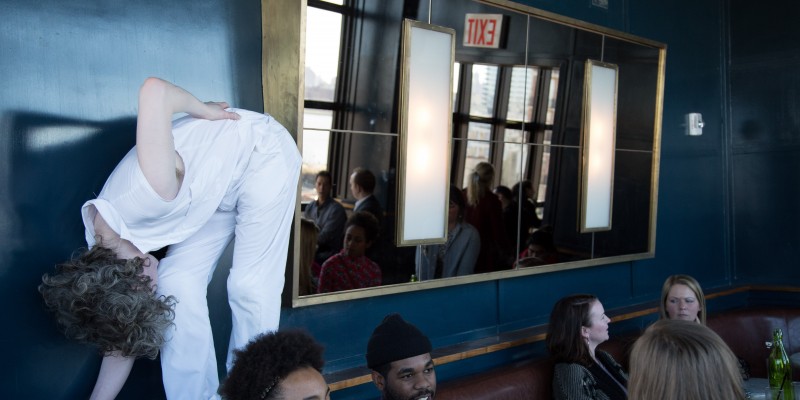 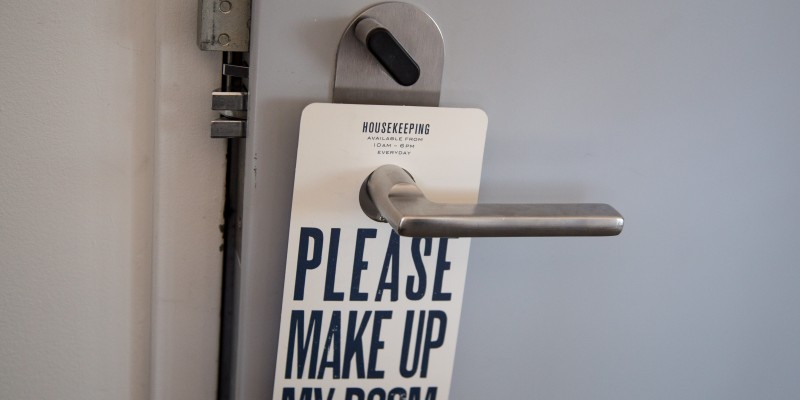 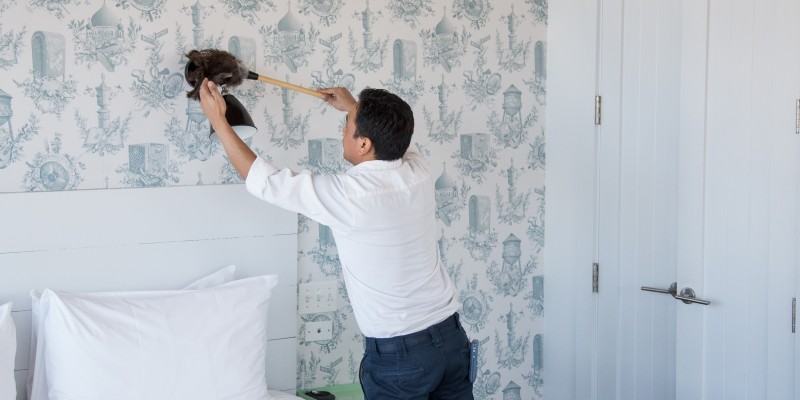 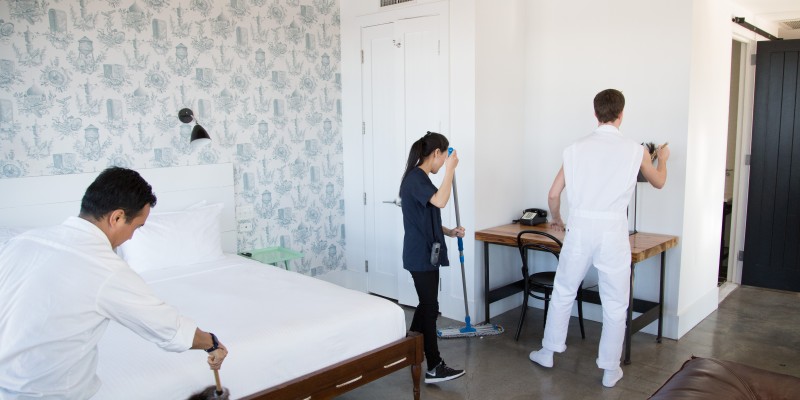 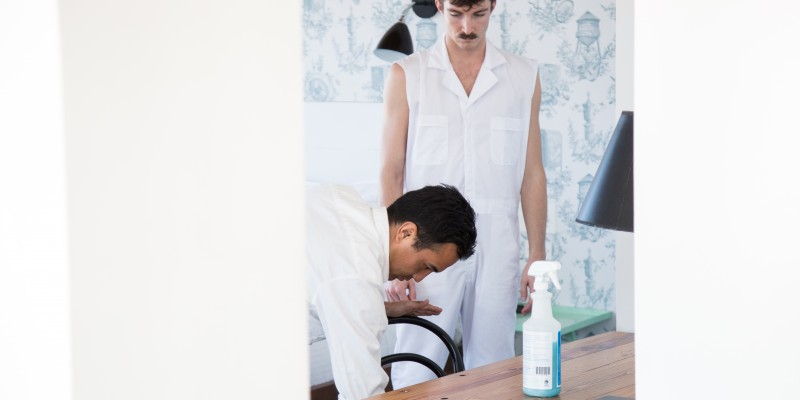 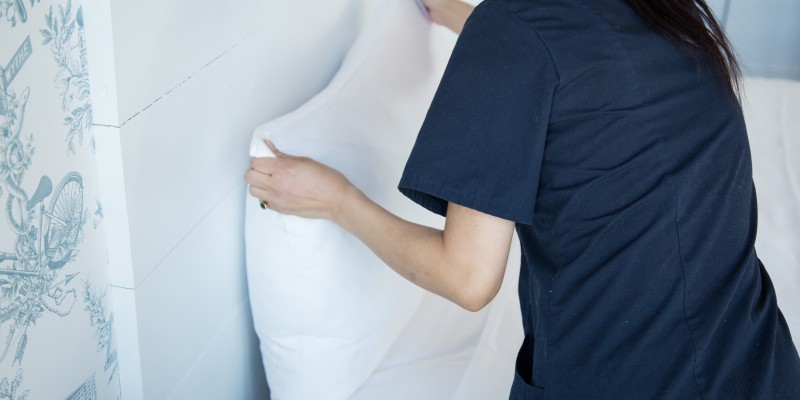 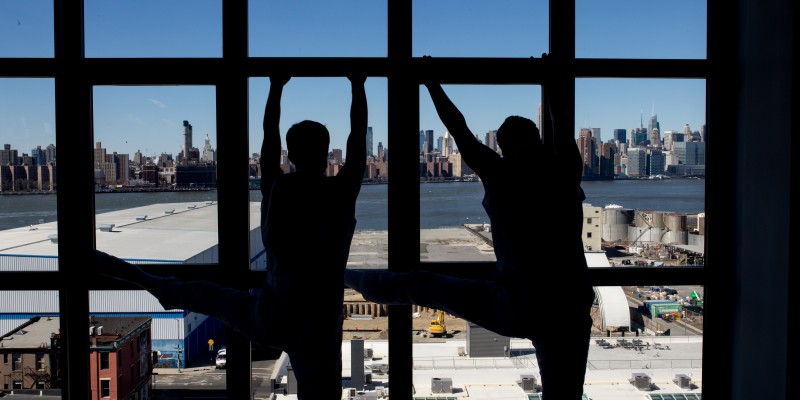 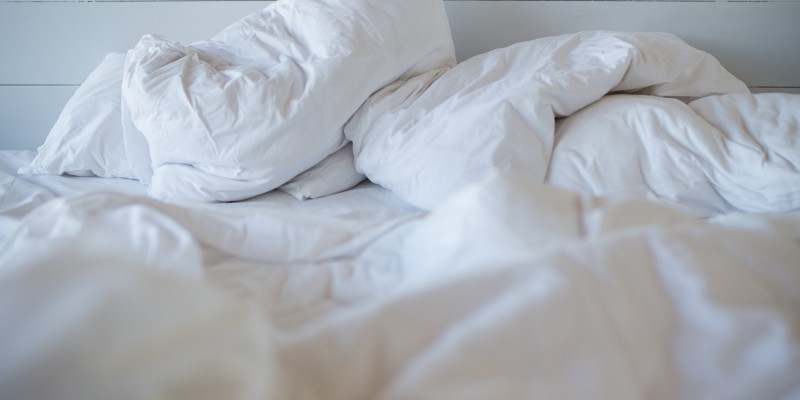 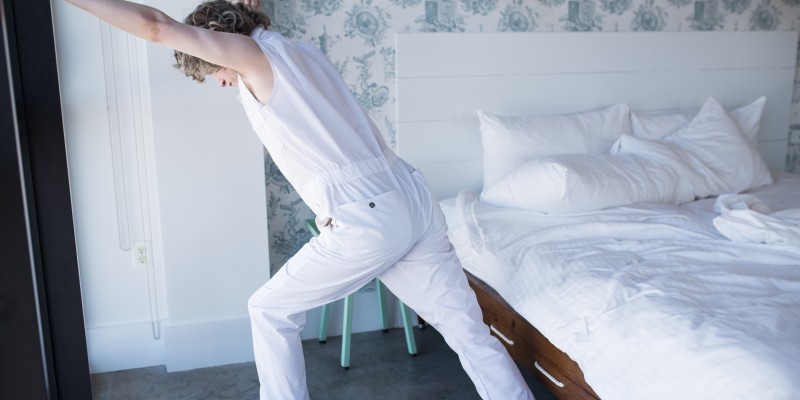 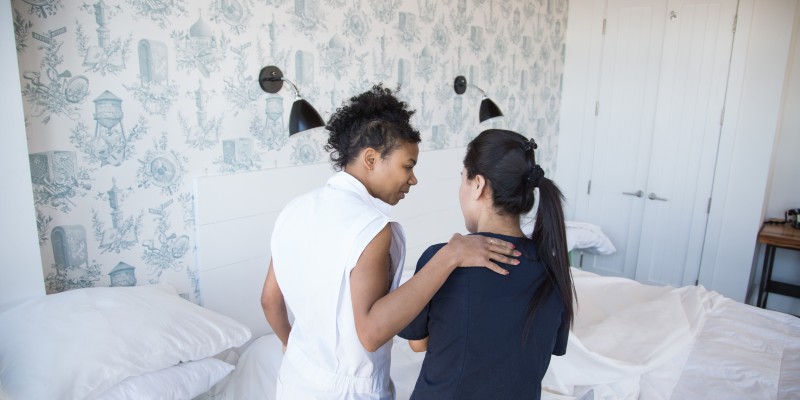 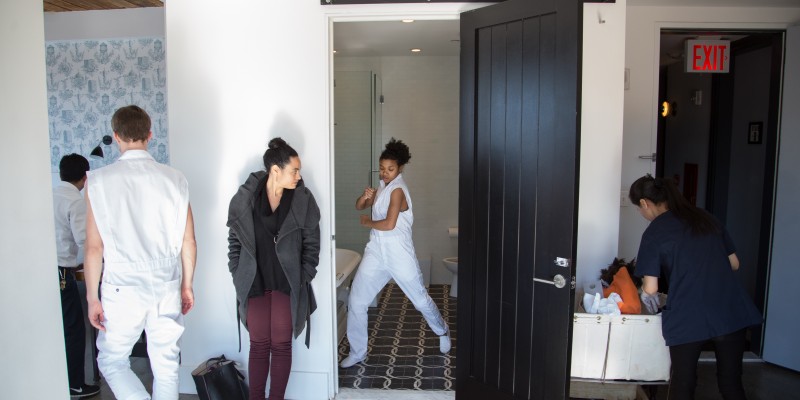 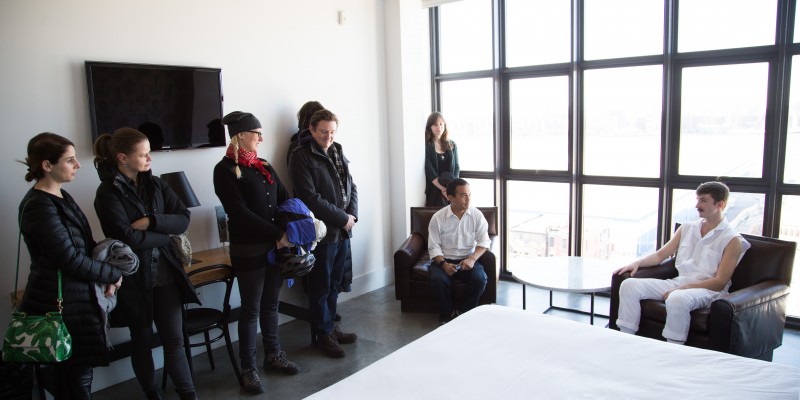 Created by artist Brendan Fernandes, Clean Labor was a contemporary dance performance that make visible what is too often overlooked — the work of hospitality workers and cleaning professionals whose contributions ensure that our homes, offices, schools, hotels, and public spaces are safe, clean, and livable. Fernandes collaborated with six dancers and members of the housekeeping staff at the Wythe Hotel in Williamsburg, Brooklyn to design an original, contemporary dance inspired by the movements and routines involved in their work. The resulting performance explores the similarities between the graceful and methodical movements of maintenance and those of dance, establishing a dialogue between the two, physically demanding professions and making us all more aware of how our bodies shape and are shaped by the work we do.

As the artist notes, “On stage, dancers enact romantic gestures of grace and virtuosity perceived as effortless and ephemeral, whereas in reality, these efforts leave a permanent mark on the body in muscle memory, altered physicality, and injury.”    Throughout the performances, the movement artists engaged with and activate the spaces of numerous hotel rooms and shared spaces of the Wythe Hotel by reproducing the gestures of maintenance within the lexicon of contemporary dance. In the hotel itself cleaning go on as usual both with cleaner and her/his dancer shadow. While the piece was rehearsed and scored, the live performance relied on improvised movements inspired by the spatial elements of each site’s floor plan composed of numerous and interlocking quarters.

more about the performances.

On Sunday, March 5, 2017 Clean Labor was performed at the Wythe Hotel. Dancers were joined by the Wythe Hotel’s cleaning staff in this very special performance. While the cleaners make up the room, the performers took their movements and gestures as inspiration as the voyeuristic crowd watches every subtle moment occur. The performance will take place in numerous rooms throughout the Wythe as well as in the Ides Rooftop Bar. An originally choreographed preview of Clean Labor was also performed at the Sotheby’s VIP Gala at the opening of The Armory Show art fair. Download the press release.

Brendan Fernandes is a Canadian artist of Kenyan and Indian descent. He completed the Independent Study Program of the Whitney Museum of American Art (2007) and earned his MFA (2005) from The University of Western Ontario and his BFA (2002) from York University in Canada. He has exhibited internationally and nationally including exhibitions at the Solomon R. Guggenheim Museum, the Museum of Art and Design New York, Art in General, the Musée d’art contemporain de Montréal, The National Gallery of Canada, The Art Gallery of Hamilton, Brooklyn Museum, The Studio Museum in Harlem, Mass MoCA, The Andy Warhol Museum, the Art Gallery of York University, Deutsche Guggenheim, Bergen Kunsthall, Stedelijk Museum, Sculpture Centre, Manif d’Art: The Quebec City Biennial, The Third Guangzhou Triennial and the Western New York Biennial through The Albright-Knox Art Gallery. Fernandes has been awarded many highly regarded residencies around the world, including The Canada Council for the Arts International Residency in Trinidad and Tobago (2006), The Lower Manhattan Cultural Council’s Work Space (2008), Swing Space (2009) and Process Space (2014) programs, and invitations to the Gyeonggi Creation Center at the Gyeonggi Museum of Modern Art, Korea (2009) and ZKM, Karlsruhe, Germany (2011). He was a finalist for the Sobey Art Award Canada’s pre-eminent award for contemporary art. (2010), and was on the longlist for the 2013 and 2015 prize.  He was a 2014 recipient of a Robert Rauschenberg Residency Fellowship. A national Canadian tour of his work recently concluded and will culminate in a monograph produced by Black Dog Press in London Fall 2016.  He is currently artist in residence and faculty at Northwestern University.