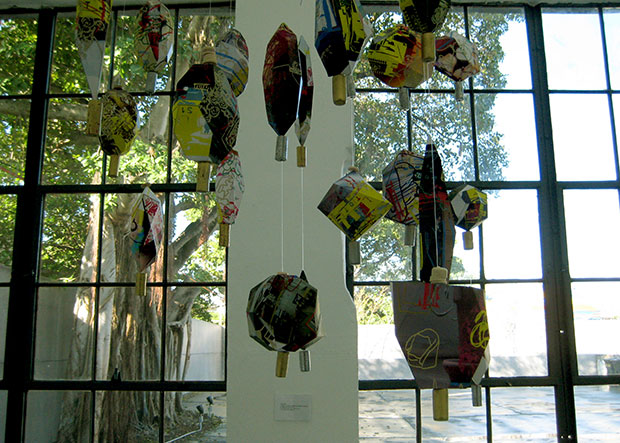 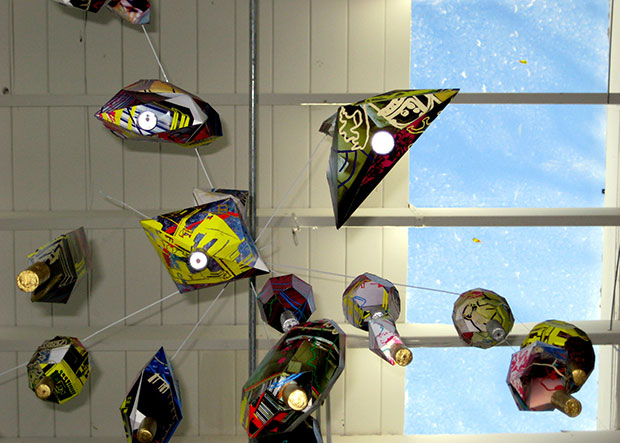 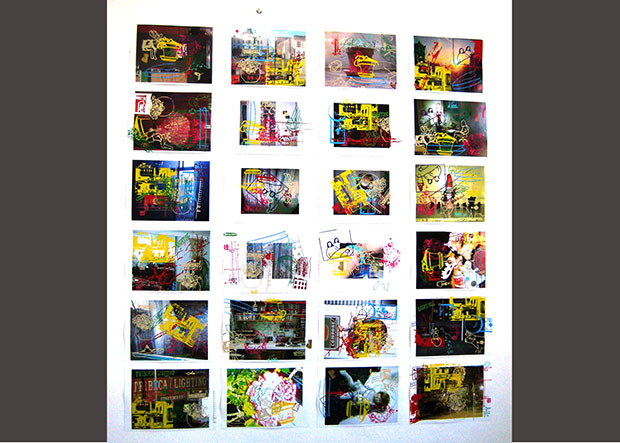 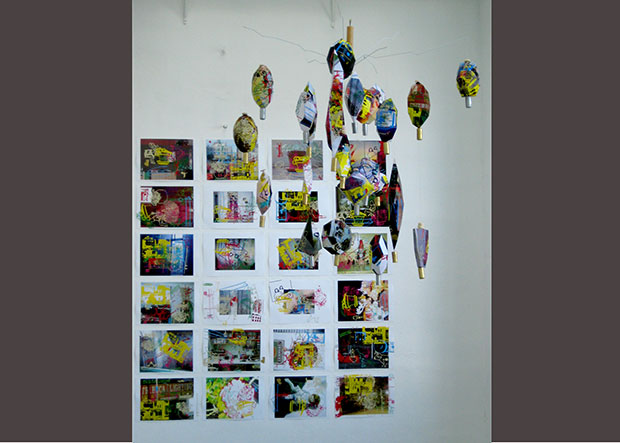 Untitled (Inside); Untitled (Outside)

Untitled (Inside); Untitled (Outside) was an assemblage of mobiles constructed from collages created as part of a collaboration with 13 teenagers from Chelsea’s Clinton Middle School.

Davis initiated the process by asking the students to take photographs of their living spaces, focusing on what they saw when looking out from those spaces. He then had them select one image from these many views and make contour drawings of several objects in that photograph.

All the drawings were converted into adhesive vinyl facsimiles. Students were asked to select one to keep and then each young artist made a collage of the 13 other vinyl drawings onto his or her own. “In the end, instead of each creating something solely from their own memory, and aesthetic, the students ended up with something involving a part of each, taking their personal effects and memories into a larger conversation with each other’s,” Jay Davis recalls.

Jay Davis was born in 1975 in Charleston, South Carolina, and now lives and works in Brooklyn, NY. Davis has studied at the New York Studio Program and has a BFA from the Ringling School of Art and Design. He has shown extensively and is represented by Shoshana Wayne Gallery in Santa Monica, CA. Davis works primarily in mixed-media painting and collage. 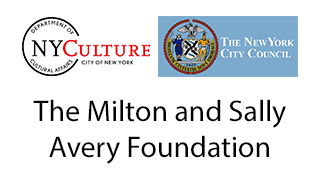