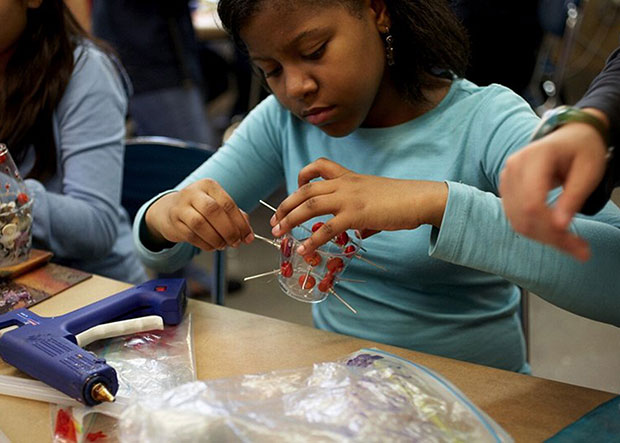 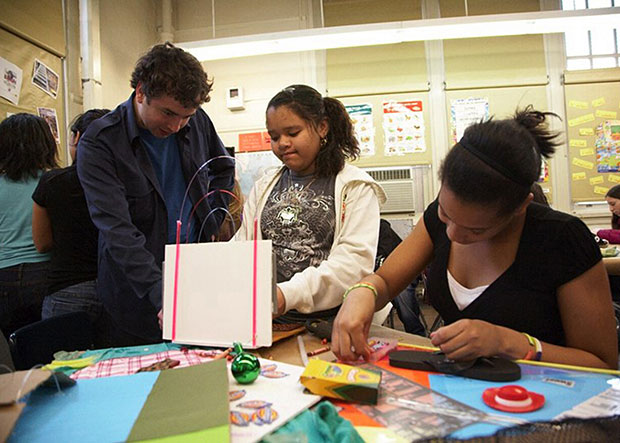 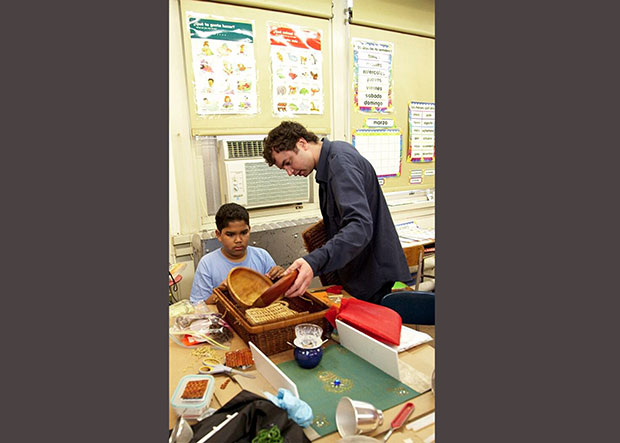 During the weekly school-day schedule at the Clinton Middle School, Nicholas Furrow had the chance to work with the kids on four different topics. After an introductory lesson on “graffiti and break dancing from New York in the 1970s and 1980s”, the kids found the concept of public, renegade art very exciting.

For the second session, the students were asked to think about “architecture.” From their visualizations, the kids made drawings and models of skyscrapers and interior design schematics.

After that, Furrow exposed them to the topic of “engineering” and had them complete simple bridge-building exercises.

The last part of the art program was about a filmmaking. The kids took a trip to Deitch Projects in Soho, where the artist Michel Gondry had set up about 10 movie sets. They wrote a short film, chose costumes, and directed and acted in their own movies.

“The kids were as eager to get their hands into materials and build as they were to investigate new subjects and ideas. Involving the many artists in the city is taking advantage of a local resource to improve education. It benefits the artists and students alike.”

Nicholas Furrow was born in Washington, D.C. He studied at Stanford University, CA and is currently based in London, UK. Furrow specializes in designing lamps, finding innovative ways to use lights to incite emotions and create positive atmosphere. 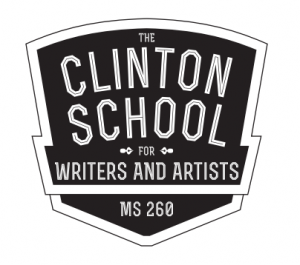