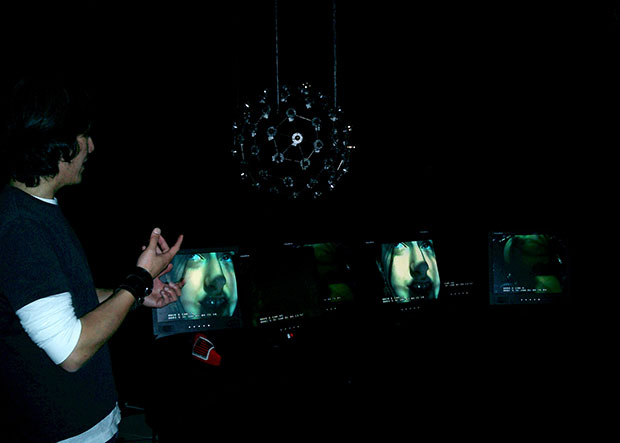 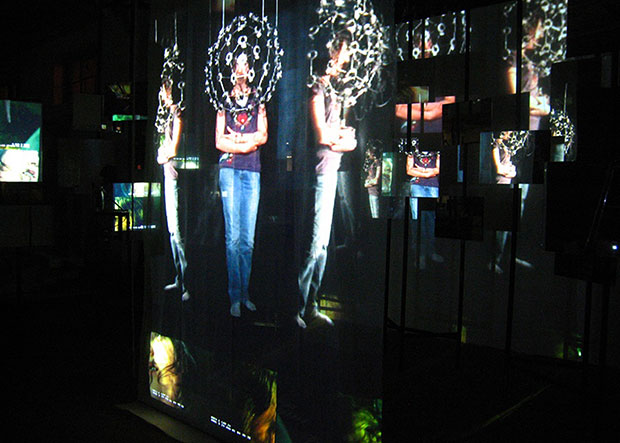 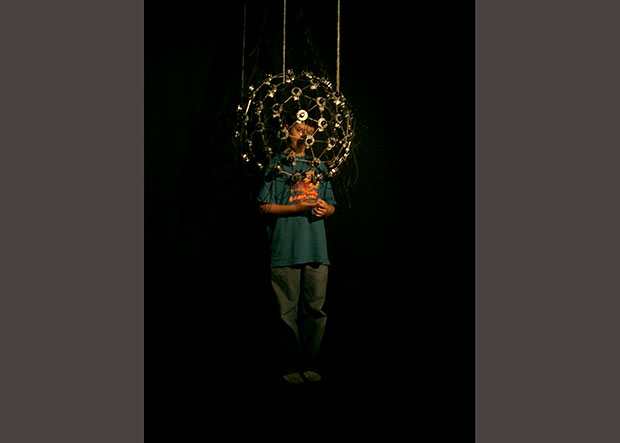 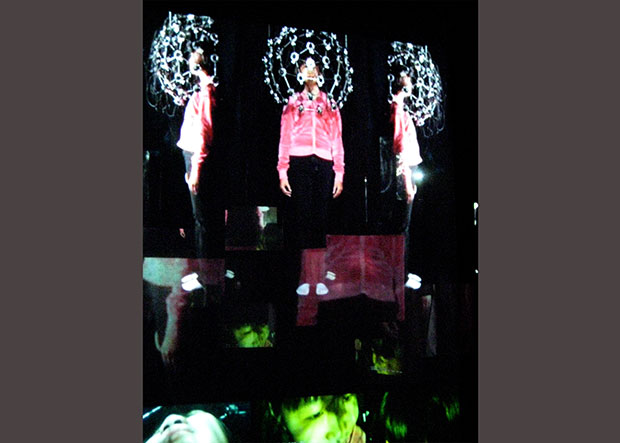 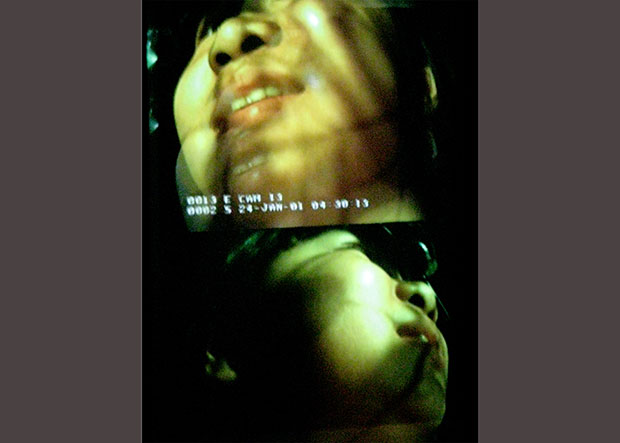 Bodhi Obfuscatus (Allegiance) was a multi-media installation with video projection, mirrors and sound. A video helmet, devised by the artist as the equivalent of 48 live surveillance cameras, examined every detail of New York teenagers’ faces as they told stories about their lives and attempted to recite the “Pledge of Allegiance.” In the video installation, the close-up portraits, at once representational and abstract, were presented as a dense matrix of recorded projection and reflected video imagery.

Joo’s video helmet was part of an ongoing project that has been used to record sculptures in examining the relationship of science, technology and religion within institutional spaces. In this new work, the static icon has been replaced by living beings, themselves representative of adolescence, for a meditation on the uneasy balance between uncertainty and conviction that signals change.

Michael Joo was born in Ithaca, NY in 1966. He received is BFA from Washington University in St. Louis, Missouri, and his MFA from Yale School of Art. He has exhibited extensively worldwide and is currently represented by Anton Kern Gallery in New York. Michael Joo’s sculptural installations are inspired by the relationship of invisible scientific processes to physical anatomies and visual phenomena. 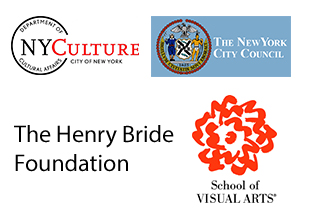