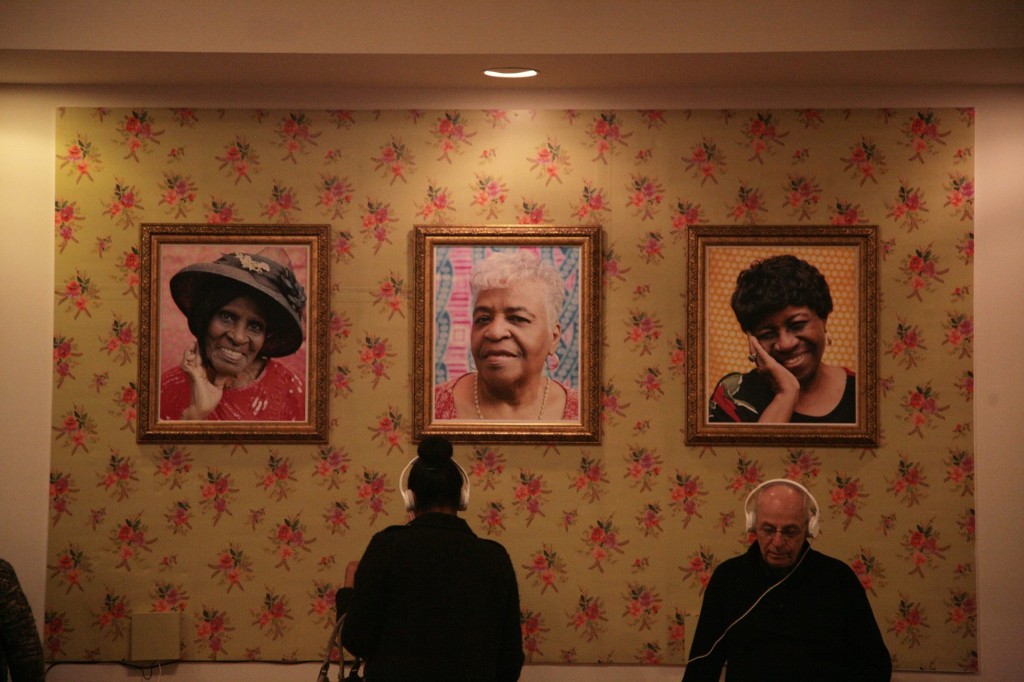 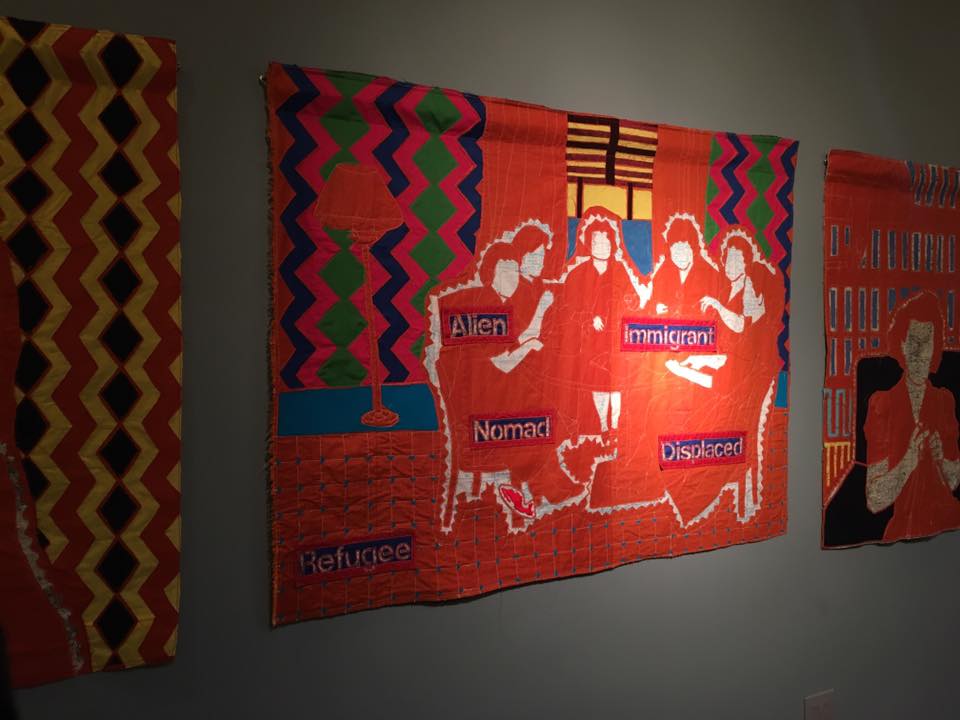 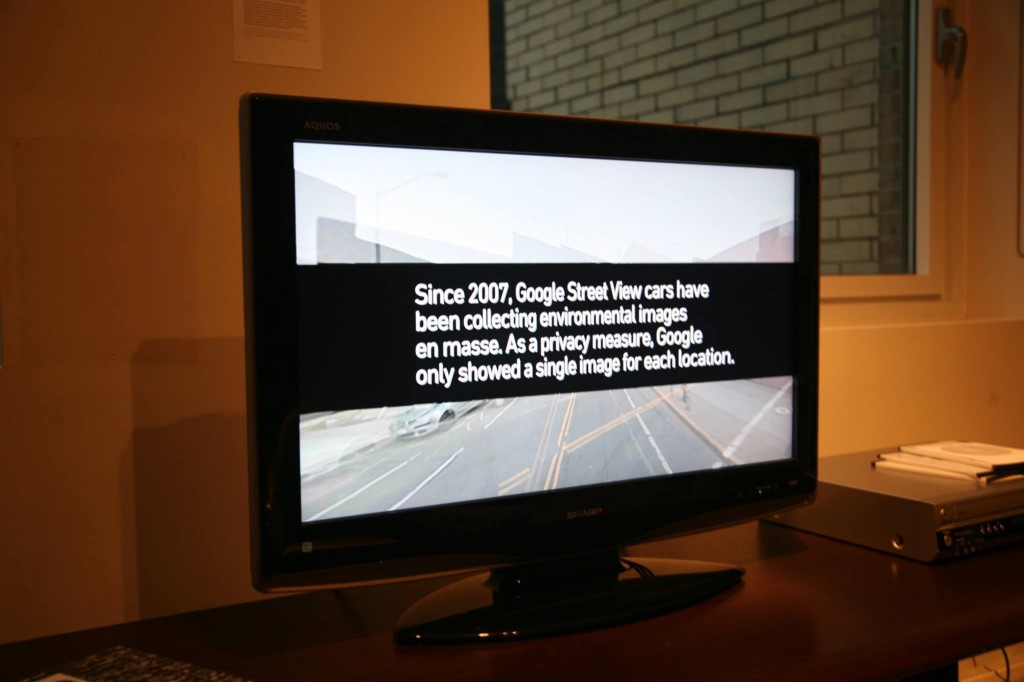 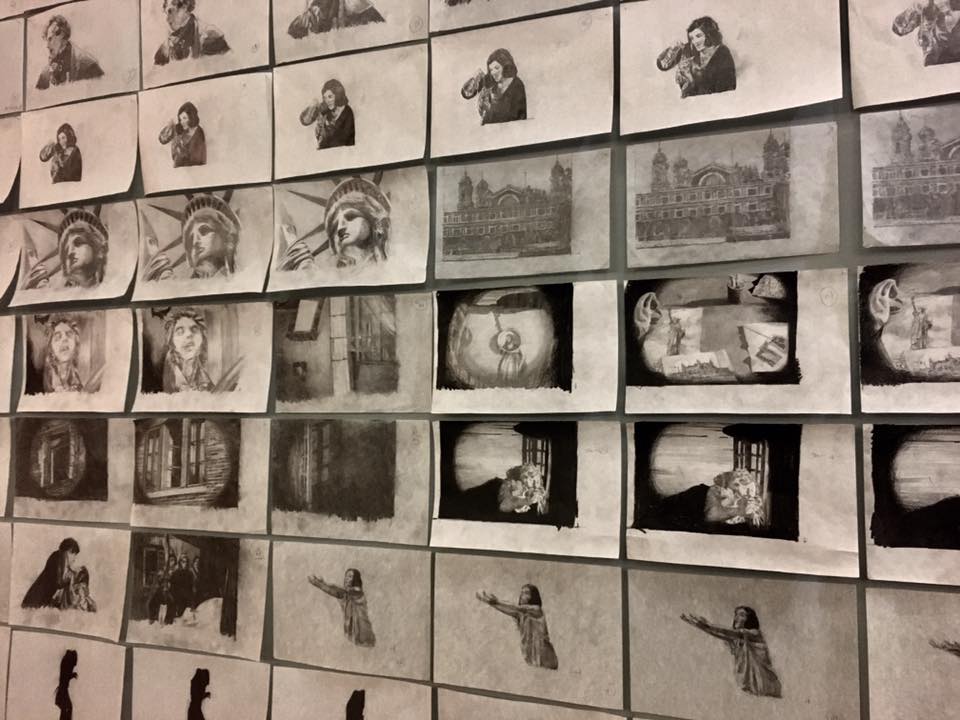 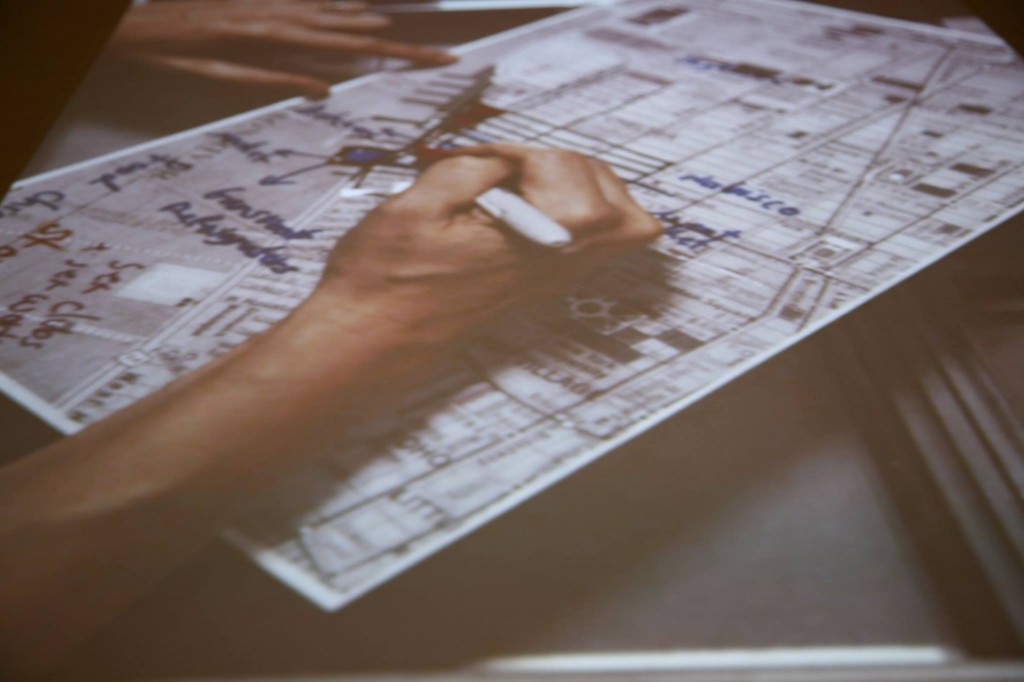 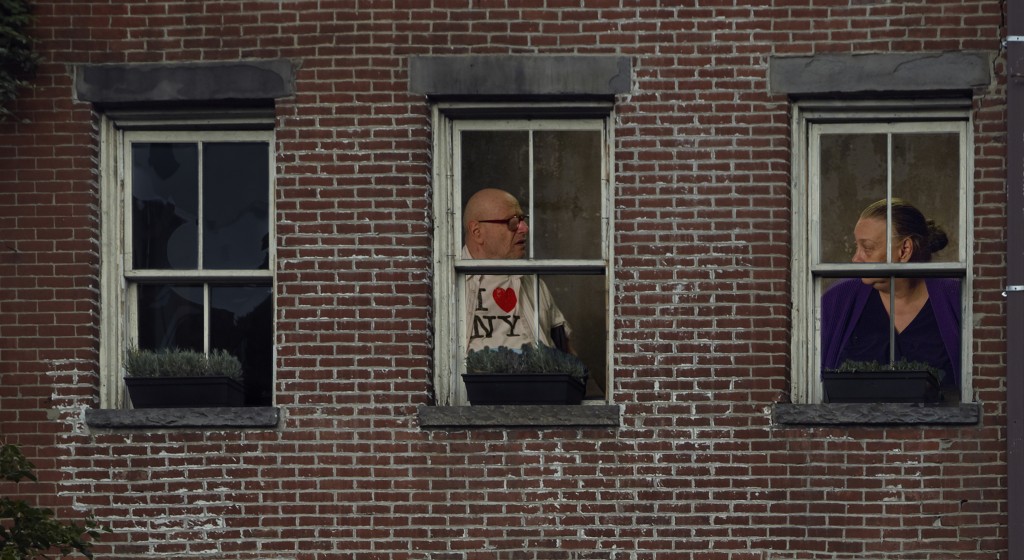 Drawing on MORE ART’s 12 years of experience curating public art about housing, home, and homelessness, HOME(WARD) resonates with the tireless pursuit of New Yorkers who strive for a more equitable city. The multidisciplinary exhibition at The Nathan Cummings Foundation showcases the work of 10 contemporary artists redefining the boundaries of what it means to create a home within today’s urban context.

HOME(WARD) captures diverse artistic responses to critical issues facing the homeless and homed alike, the shifting landscape of activism among seemingly relentless gentrification and displacement, and the persistent challenges new immigrants overcome as they strive build a new home in a new place. Among others, the exhibit includes Andres Serrano’s Residents of New York, a series of large scale photographic portraits originally exhibited in the West 4th Street Subway Station (2014); an interactive installation based on events staged in numerous  private residences as part of William Powhida and Jennifer Dalton’s 2016 series, MONTH2MONTH; and new artworks created by MORE ART’s Engaging Artists Residents currently working with community organizations that provide much needed social services for the city’s most vulnerable foreign born aging populations.

Discover more about the exhibition

Justin Blinder is a Brooklyn-based artist, programmer, and researcher. His work examines how big data has shaped our claims of ownership, criteria for an object’s value, and social interactions in the built environment. Justin’s projects have been included in exhibitions at the New York MoMA, Haus der Kulturen der Welt in Berlin, the Collection Museum in Lincoln, England, Urban Institute of Contemporary Arts in Grand Rapids, and Eyebeam Art and Technology Center in New York. Justin holds a BFA in Design and Technology from Parsons the New School for Design and was formerly an Honorary Fellow at Eyebeam Art and Technology Center. He currently teaches at Parsons and City College CUNY.

Jennifer Dalton and William Powhida make individual artwork as well as work together on an ongoing collaboration. Both artists’ work questions their personal and professional relationships to the art world and society. They began working together in 2008 during the financial crisis and their first collaborative project was a set of satirical recession-themed condolence cards, which gave way to a more exhaustive inquiry into the art market system. They developed #Class, a month-long series of discussions, performance and events on the themes of hierarchies, access and power, programmed via an open call at Winkleman Gallery in 2010. Critic Holland Cotter said “Bottom line: artists are artists’ best friends, and there should be more gatherings like this one,” in his review of the show in the New York Times. They continued the discussion with #Rank at an alternative fair during Miami’s art fair week. They then presented “The Failure Desk” where they hosted anonymous small-scale focus groups at Lu Magnus Projects. Subsequently, they helped form FIPCA, an satirical artist collective inspired by Occupy Wall Street, which produced an all-day variety show “Telethon for the 1%.”

Andrea Mastrovito was born in Bergamo in 1978 were he lives. Dividing his time between Italy and New York, his artistic path snakes through a kind of re-invention of painting where painting is no longer seen as the chromatic covering of a surface or as the simple act of painting but it becomes the constructive part of the artwork itself, disappearing behind the simple gesture like paper cutting (which replaces the brushstroke) which then re-emerge in his installations. He received his MFA in 2001 from the Accademia Carrara di Belle Arti in Bergamo. In 2007 he won the New York Prize, awarded by the Italian Ministry of Foreign Affairs. He has had solo shows in private galleries in Milan, Florence, Paris, Geneva, Brussels, New York and in three Centers for Contemporary Art in Milan (Museo del Novecento), Monfalcone, Italy, and Lacoux, France. His works have also been included in many public exhibitions all across Europe and the United States – the MAXXI National Museum and the Palazzo delle Esposizioni in Rome; B.P.S. 22, Charleroi in Belgium; M.A.D in New York.

Michelle Melo is an artist living and working in New York City. At the National University of Colombia she studied Fine Arts with a concentration in Contemporary Sculpture. Her work has been shown internationally including South America, Europe and The United States. Melo’s work explores issues ranging from gender and subjectivity to color theory. Her techniques are equally as diverse and works in installation, textile, print making, and painting.

Soi Park is an artist from Seoul, Korea, currently living in Lower East, New York City. Her work has been exhibited at the 14th Dong Gang International Photo Festival in Gangwon, South Korea, CUE Art Foundation and the Pennsylvania College of Art & Design Faculty Biennial; and at New Insight at Art Chicago. She received her M.F.A. and the Alice Kimball English Traveling Fellowship from Yale in 2011 and in 2015 was awarded a Engaging Artists Public Art Grant by More Art.

Andres Serrano is an American photographer who is notorious for his controversial images of subjects such as corpses in morgues, Ku Klux Klansmen, and the homeless. He is the recipient of numerous awards and grants from organizations such as the New York State Council on the Arts, the Louis Comfort Tiffany Foundation, the New York Foundation for the Arts, the Cintas Foundation, and the National Endowment for the Arts. Serrano was an artist-in-residence at P.S.1’s National and International Studio Program at Long Island City, NY in 1985.

Xaviera Simmons produces installations, sculptures, photographic, and video and performative works. She received a BFA from Bard College (2004) after spending 2 years of walking pilgrimage retracing the Trans Atlantic Slave Trade with Buddhist Monks. She completed the Whitney Museum’s ISP in Studio Art (2005) while simultaneously completing a two-year actor-training conservatory with The Maggie Flanigan Studio. Xaviera has exhibited nationally and internationally where major exhibitions and performances include; The Museum of Modern, MoMA PS1, Nouveau Museum National de Monaco, The Studio Museum In Harlem, The Contemporary Arts Museum Houston, The Public Art Fund, and The Sculpture Center. Simmons is a recipient of numerous awards including The David Driskell Prize, The Jerome Foundation Travel Fellowship, an Art Matters Fellowship, and a SmARTPower Fellowship. Simmons was a 2012 AIR at The Studio Museum In Harlem.

Hidemi Takagi was born in Kyoto, Japan and currently lives in Brooklyn, NY. Takagi has exhibited both nationally and internationally (London, Madrid, Tel Aviv and Paris). Takagi participated in the AIM program at The Bronx Museum of the Arts (2004), NYFA IAP mentoring Program (2008), Lower Manhattan Cultural Council Swing Space (2010), Engaging Artist residency by More Art (2015) and BRIC New Media Art Fellowship (2016). Her work has been reviewed in Time Out Tel Aviv, Time Out New York, NY Times and Village Voice. Her ‘Blender’ project was selected for “Times Square Public Arts 2011” and her “Hello it’s me, This is my Story” was awarded a Seed Grant By More Art.

By appointment only
To view the exhibition, please contact:
exhibits@nathancummings.org

RSVP for opening reception and
all public programs is essential.