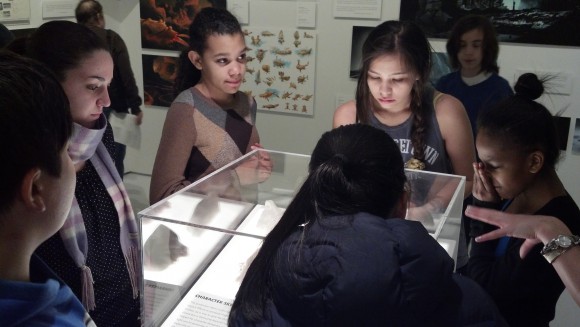 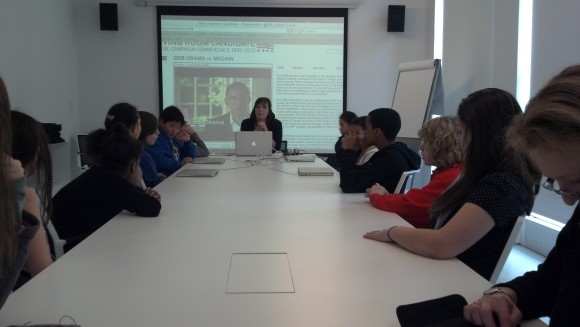 Visit to the Museum of the Moving Image

Eleven students from the Lab School in Chelsea spent the day at theMuseum of the Moving Image in Astoria. Throughout the winter we’ve been learning the different elements of creating a film in our after-school program, and then testing them out by creating our own short films. Taking the class to the museum reinforced and enhanced our curriculum – giving the students the opportunity to examine equipment and sketches used to create professional feature-length films in person. The day began with a guided tour around the museum, seeing both original and hand-drawn artwork from the animated feature The Rise of the Guardian, exploring nineteenth century optical toys, and getting to make our own digital flip-books. Later in the afternoon, the class attended a workshop titled “The Living Room,” where we discussed the role of positive and negative TV ads in presidential campaigns, and the techniques employed in these commercials in order to elicit emotional reactions from voters. We had a great visit, but left wishing we’d had more time to see the rest of the museum!